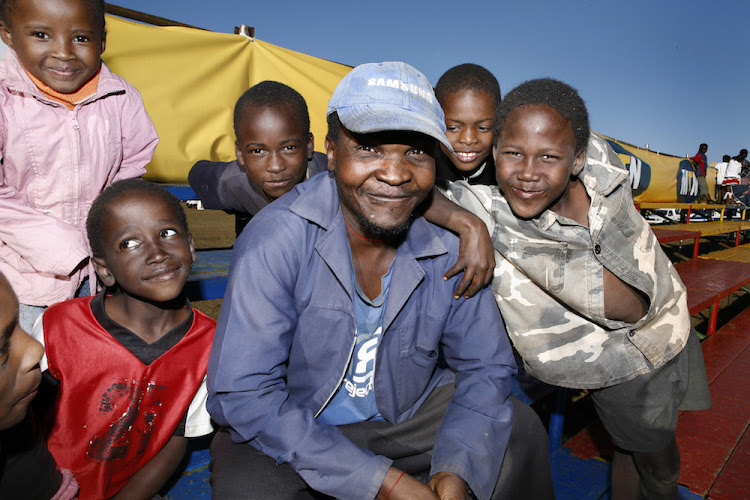 FunDza Literacy Trust, a non-profit organisation that gets teens and young adults reading and writing for pleasure, is running an essay competition called “My Father”. Entrants between the ages of 13 and 30 are invited to write a 450-550 word essay about their personal experiences. This can be about their own father, a father figure, or what it’s like being a father, or even living without a father.

This is one of a number of writing competitions that FunDza has hosted since it started in 2011.

“Writing competitions are a great way to find new and exciting talent for our growing online library,” says Mignon Hardie, executive director of FunDza. “Our fundza.mobi platform receives about 15,000 daily readers, and so we are continuously looking for new content to keep them hooked and reading.

“We identified many young, talented writers that we have gone on to mentor into writing for our platform professionally, and we’re hoping that this latest competition will unearth even more new voices ready for exposure to our growing readership.”

In 2018, FunDza ran an essay competition where entrants had to describe “My Home, My Hood”. This competition elicited many powerful pieces of writing describing different neighbourhoods from all over the country.

One of the winners of that competition was Njabulo Goba from Durban, KZN, with his searing piece of work “We never make it to the news”. When informed about his win, he said, “It feels great, I didn’t expect to win so I didn’t plan for this money, but I’m pretty sure I won’t spend it wisely, and that’s OK with me!”

FunDza partnered him with award-winning writer Sifiso Mzobe, a regular FunDza contributor, to mentor Goba through the process of writing a full-length FunDza story. Goba’s first story, “Killer Twin” is an action-packed crime drama set in Hammarsdale, which includes some spicy dialogue.

Goba says: “The experience was one of the most educational experiences I’ve had since I started writing. I’ve done several writing courses before, but the mentorship gave me the experience of professionals believing in me. It wasn’t a competition, it wasn’t a course, it was ‘Hey, we know you can do this, so do it’. And I can never express my gratitude enough.”

And, of Mzobe, he says, “He’s a genius, we could really take over and be known as the ‘crime boys’.” (Some of Mzobe’s FunDza stories are also gritty crime dramas.)

Mzobe says: “Njabulo has wanted the opportunity to write for a long time. He’s prepared to do the hard work to fulfil his dream.”

Once the stories are published on FunDza’s mobi site, readers can comment and like them. There are hundreds of comments on Goba’s story, including: “Very entertaining, well written and I completely love it” and “The only thing that is wrong with this story is that it ends”.

For a 2020 FunDza writing competition, entrants had to write an essay about an “Aha moment” — an event that marked a shift in their perspective, thinking or learning. There were some excellent entries. One of the winning entries was from Lungile Manyathi for her essay, “The Weight of the Crown”. In it she describes a moment when she was looking in the mirror, wishing she had long, straight hair like magazine models, and her mother came in. They had a conversation that transformed her envy into pride in her own natural hair.

“I wrote with the idea of letting people know that it’s OK to be unique and own your own spotlight,” she said. “Winning simply confirmed that the message was valuable.”

Manyathi then joined FunDza’s mentorship programme and has become one of FunDza’s professional writers. She has written two short stories, both exploring the issue of gender-based violence.

Winning simply confirmed that the message was valuable

She found the experience of being published exciting, particularly because of the immediate feedback that the fundza.mobi platform offers: “Having my story published was surreal. Honestly, I hardly expected the feedback it received from the readers, their reactions and comments were inspiring. If I could, I would relive the experience a thousand times.”

Manyathi has subsequently also written for FunDza’s Mindspace column — a series of articles on a range of thought-provoking topics.

There have been many more young writers who have been supported by FunDza in their writing journey. Want to follow in their footsteps?

Get writing — and find out how you can enter the “My Father” competition here.

This article was paid for by FunDza Literacy Trust.