The best and worst JSE performers of 2017 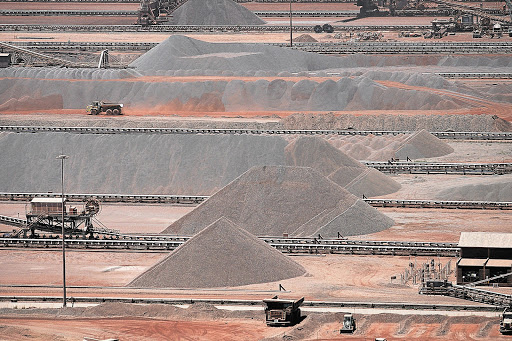 Iron ore producer Kumba was the JSE’s best performing share of 2017 with a 137% annual gain.

Kumba’s biggest domestic customer ArcelorMittal‚ in contrast‚ was the fourth-worst performer with a 66% drop.

Trustco’s second place is mainly due to one 43% leap on November 24 when it sold 20% of its subsidiary Legal Shield Holdings to Riskowitz Value Fund for R1.2bn.

Before Steinhoff International fell off a cliff at the start of December‚ it was heading for about a 20% decline from the R71.28 it closed at on the last trading day of 2016. Steinhoff’s decline over 2017 came to 93%‚ making it the biggest loser of the year. It closed 0.43% lower at R4.65 when the JSE closed at noon on Friday for the New Year’s long weekend.

The JSE’s close for December marked the final day Steinhoff could have published its audited results for the year to end-September to meet the bourse’s three months’ deadline rule. This means the JSE is likely to issue a statement on Tuesday morning when the market re-opens saying Steinhoff faces suspension if it does not issue its results by the end of January.

Consolidated Infrastructure Group plunged 57% on November 14 after it warned shareholders some of its large engineering projects were experiencing worse problems than anticipated. Its share price lost 84% over the year‚ making it the JSE’s second-worst performer.