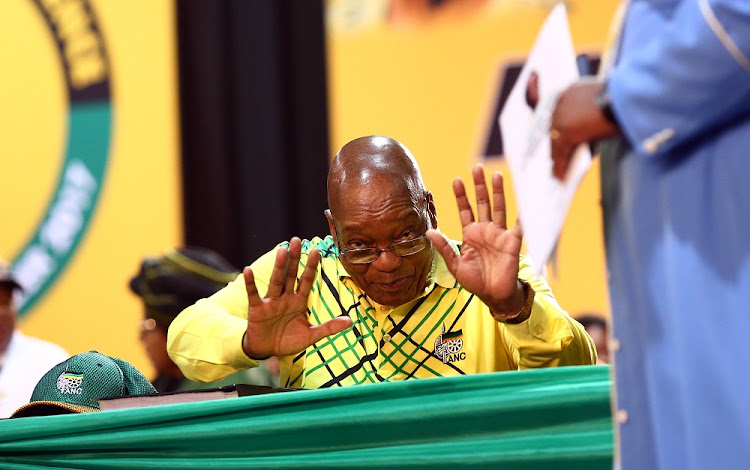 President Jacob Zuma’s move to scrap tuition fees for students from poor South African homes and freeze tariffs for those from working-class households may cause chaos during registration at public universities this month.

Zuma unveiled the plan on Dec. 16, two days before Cyril Ramaphosa replaced him as leader of the ruling African National Congress and two days aftera body representing the 26 state-owned institutions said each would raise fees by 8%. The University of South Africa, the country’s biggest with more than 400,000 students, held fees at 2017 rates, it said Dec. 7.

On Jan. 1, the universities said they won’t allow walk-in applications from people who qualify for free education, but people should instead submit details online for assessment. A day later, the opposition Economic Freedom Fighters party condemned the move and called on all academically deserving students to report to universities of their choice for registration.

“Zuma’s announcement on free tertiary education is very much a political project and it puts a lot of pressure on the new ANC National Executive Committee,” Joleen Steyn-Kotze, a senior research specialist at the Human Sciences Research Council, said by phone. “It is possible that there will be chaos and universities are going to be on high alert.”

Weeks of violent protests at universities across the country in 2015 and 2016 delayed the end of those academic years, and institutions’ finances were stretched by the state’s decision to limit tuition costs in 2016. Africa’s most-industrialized economy is contending with a skills shortage and a 28% jobless rate. Investors are concerned that the fee proposal, which ignores fiscal targets set in the budget, will add to government debt and hasten another rating downgrade to junk for the country’s local-currency credit.

The EFF said if walk-in applicants are not allowed onto university campuses, nobody else should be allowed to enter.

“We don’t intend to cause anarchy, but if we are pushed, we will be left with no choice,” Phuthi Peter Keetse, the party’s student leader, said Thursday. “We are capable.”

Keetse’s comments came on the same day that the government said South Africa’s school-pass rate rose to the highest in three years in 2017, with 153,610 students obtaining passes that make them eligible for university.

Under the plan that will be phased over five years starting in 2018, students from homes where the combined annual income is 350,000 rand ($28,400) or less annually won’t have to pay for tuition, books, meals, accommodation and transport. The directive also froze fees for students from households earning 600,000 rand or less per year.

The National Student Financial Aid Scheme, which provided assistance to about 226,000 university students whose family income was below 122,000 rand annually in 2016, will assess applications from prospective students who didn’t previously qualify for financial aid but who now do, Chief Executive Officer Steven Zwane said Thursday in the capital, Pretoria.

NSFAS disbursed 12.4 billion rand in financial aid to almost 482,000 students at universities and technical-vocational colleges in 2016, according to its annual report. Under the new plan, all those who are funding their studies through the organization will have their loans converted to grants.

The National Treasury allocated 76.7 billion rand to higher education for the year through March 2018, and estimates this will increase by an average of 8.2% in each of the following three years, the fastest-growing spending item after debt-service costs, it said in the mid-term budget in October.

South Africa will increase subsidies to universities to 1% of gross domestic product from 0.7% now over the next five years, according to Zuma’s Dec. 16 statement. The National Treasury will outline how the government will fund free higher education “in a fiscally sustainable manner” in the Feb. 21 budget, Finance Minister Malusi Gigaba said after the presidency’s announcement.

“We can easily afford it if we cut out the amount of government money that is currently being wasted on corruption and state capture,” Azar Jammine, the chief economist at Econometrix, said by phone. “Under the current circumstances there is too much pressure on the fiscus to afford the new measure.”

‘I didn’t believe it,’ says KZN matriculant after being named top science pupil

Shocked. That was how Timera Naidoo from Port Shepstone Secondary felt after it was announced she was the top matric learner in Physical Science for ...
News
4 years ago

Teachers' union Naptosa has lauded the improvement in matric results‚ but has also cautioned that it is not true that no-fee schools are ...
News
4 years ago

The Economic Freedom Fighters Student Command (EFFSC) says that its call for walk-ins at higher education institutions by prospective students is not ...
News
4 years ago

Government has point-blank refused to reveal how much free higher education announced by President Jacob Zuma is likely to cost and where the money ...
Politics
4 years ago

Wits is not accepting any more first year university applications

Wits University has stated it is not going to accept a single application for 2018 as its places are full.
News
4 years ago