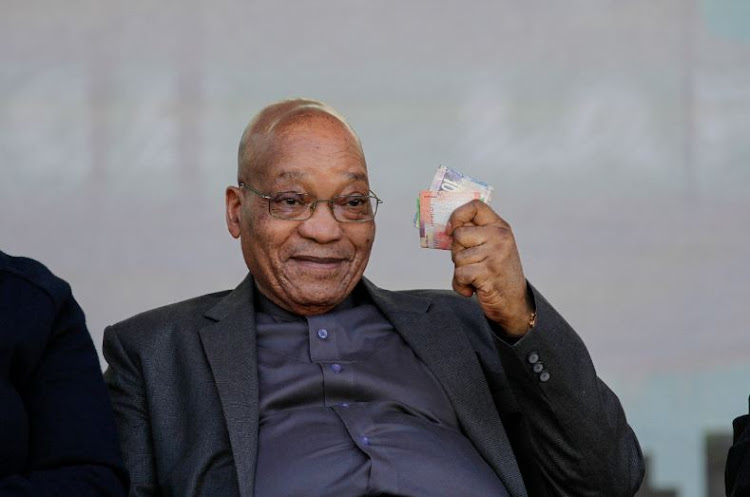 The rand gained more than 2.5% against the dollar on Wednesday in a firmer dollar environment‚ as Zuma announced his long-awaited departure.
Image: Cornell Tukiri

ANC president Cyril Ramaphosa is due to be sworn in as state president later on Thursday‚ which would open the way for him to deliver the State of the Nation address on Friday.

The rand gained more than 2.5% against the dollar on Wednesday in a firmer dollar environment‚ as Zuma announced his long-awaited departure.

South African bonds were a lot stronger Thursday morning after Jacob Zuma stepped down as head of state‚ removing a cloud that hung over local market.
Business Times
4 years ago

“This should provide an opportunity for the rand to continue moving towards levels not seen since the days of the Federal Reserve signaling to the market that it was preparing to raise US interest rates‚” he said.

The rand was also supported by a turnaround in the euro‚ following the release of upbeat GDP numbers for the eurozone earlier.

The JSE was sharply higher at the opening on Thursday with broad-based gains‚ ranging from banks to miners‚ following the overnight resignation of ...
Business Times
4 years ago

The dollar initially found some support on higher-than-expected inflation data on Wednesday‚ as it could lead to a more hawkish stand by the US Federal Reserve. It weakened in late trade.

While inflation pressures have been intensifying‚ investors said they were not extreme‚ Dow Jones Newswires reported.

“I don’t think we’re all of a sudden in a different world‚” said Ilya Gofshteyn‚ a macro strategist at Standard Chartered Bank. While the inflation data could bolster the currency by fostering the perception the Fed will face pressure to speed up its pace of interest-rate increases‚ “the US deficit is looking pretty nasty and is pulling in the other direction against the dollar”‚ he said.