Grounded airline passes first test as it reaches for the sky 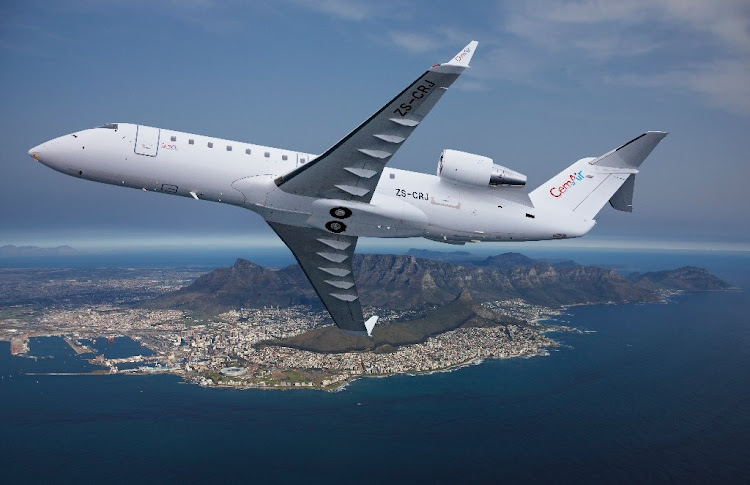 CemAir is now in a position to hopefully speed up the process of getting more of their aircraft ready for inspection by CAA officials.
Image: Facebook/CemAir (Pty) Ltd

A grounded airline is a step closer to getting its 12 planes flying again after the Civil Aviation Authority lifted the suspension of its maintenance organisation.

A CAA statement on Saturday said the suspension was lifted with immediate effect after a five-phase certification process.

“The status quo relating to Cemair’s 12 aircraft remains the same‚ meaning that the aircraft are yet to be declared as airworthy ... and released back to service‚” the statement said.

“Notwithstanding‚ the lifting of the [maintenance organisation] suspension is a step in the right direction and means that the operator is now in a position to officially maintain their own as well as other operators’ aircraft for which they are approved.

SA Airlink will appeal against a decision by the Competition Commission on Friday‚ which prohibits the proposed merger between the airline with ...
Business Times
4 years ago

“This also means that CemAir is now in a position to hopefully speed up the process of getting more of their aircraft ready for inspection by CAA officials. The aircraft will be released back into operation once they are certified as airworthy.”

The CAA grounded CemAir's 12 planes on February 2 and withdrew their airworthiness certificates after aviation inspectors conducting an audit found that some of the aircraft serviced by the airline’s maintenance organisation were released back into service or cleared as airworthy by unqualified personnel.

The authority said this posed “an imminent danger for crew members‚ passengers‚ and the public at large‚ and has a direct impact on aviation safety‚ since the airworthiness status of the aircraft concerned cannot be confirmed or is questionable”.

Finance minister Malusi Gigaba has asked for parliament’s approval for a further delay in submitting the 2017-'18 financial statements of embattled ...
Business Times
4 years ago

At the time‚ the airline — which flies to Bloemfontein‚ George‚ Cape Town‚ Hoedspruit‚ Margate‚ Plettenberg Bay and Port Elizabeth — described the saga as a “paperwork discrepancy”.

Saturday’s CAA statement praised the airline’s co-operation‚ describing it as “a treasured trait in the quest for unquestionable compliance with regulatory requirements”.

It added: “The CAA will continue to guide the operator to ensure that all the commitments outlined in their corrective action plan are met.”