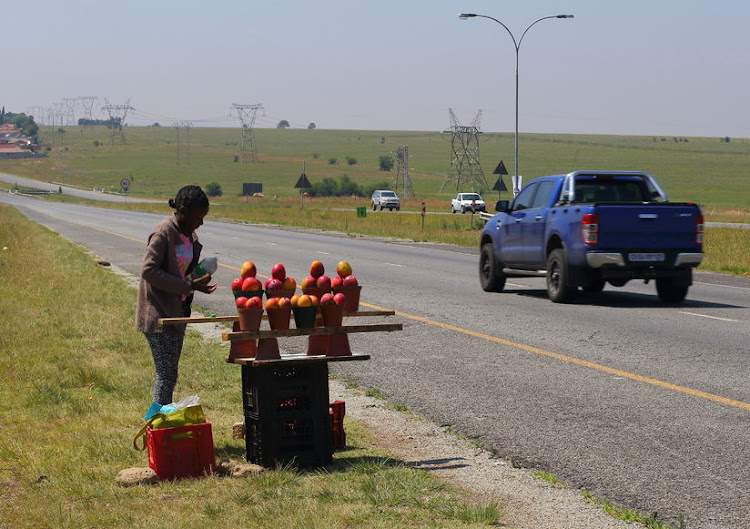 What happens when African societal norms meet modern commercial practice? From boardrooms in Sandton to the cultural mash-up and the “popular economy” of a South African township, African business people of different ethnicities and world views are contracting on a daily basis.

Is there anything peculiarly “African” about this process, or are all business people the conventional profit-maximising individuals of free market economic theory? The answer here informs the related policy question as to whether South Africa needs to develop a dedicated indigenous law of contract.

It is often said that humanist values matter in the traditional African political economy, or that African communities run on a principle of ubuntu (humanness/communal solidarity). Sometimes this is contrasted with the liberal individualism of “Western” society. Is this valid?

Need funding for your small business? Here's what you need to know

Between June 2015 and May 2016, the Department of Small Business Development (DSBD) trained 1 037 informal traders, established 29 satellite offices ...
Features
4 years ago

At the end of 2017, we published an article which laid out a new theory for the study of commercial contracting in South Africa. We set about moving the study of contracting from the centralised law of the state into the context of what happens in the popular economy – the space where the informal and formal sectors meet.

The formal and informal worlds shape each other, giving rise to an interesting intersection. We think that the South African popular economy is a good micro-context to study, since the “Western” norms said to characterise the central state’s law of contract play less of a role here.

Our findings are preliminary and rest on research done by social scientists. We’ve also included a measure of contract and economic theory.

The reason for this is that there are notional boundaries between the two legal subjects. As legal historian Martin Chanock has shown, this is as a result of South African history, with past discriminatory rules about which law to apply in which situations shaping the development of both customary and common law.

We aim to change this trend. Here are our preliminary ideas.

What legal norms regulate contemporary cultural practices such as the stokvel (a common informal savings and credit association), the burial society (a stokvel which helps save towards funeral expenses), the township loan-shark, or other types of commercial activity which exist as an alternative to the formal sector banking, insurance and financial services industries?

The published literature of economic anthropologists working on the popular economy in South Africa throws up recurring stories about financial activity in this sector. Most speak to the role of community in contracting.

The unemployment rate remained unchanged at 27.7% in the June quarter from the March quarter, dashing hopes of a slight improvement.
Business Times
4 years ago

This makes perfect sense: contracting occurs in a social and economic context. Who hasn’t relied on a threat to another’s reputation (such as by gossip or via social media) to enforce performance? Even more simply, if there is no one else to provide your supply of goods or services, threatening never to do repeat business with you again can be an effective way of ensuring a response from you when you won’t pay me.

In short, social forces shape contracts: the stronger the sense of community, the more effective these sanctions are likely to be. The result: A privately ordered system of business behaviour, which exists without reference to the governing law of the state. The underlying adhesive: community.

In the absence of conventional forms of collateral, my contract partner’s knowledge of my financial standing and habits will serve as a guarantor of payment.

While trust may not always be present, and altruistically putting another’s needs before one’s own may be difficult when money is tight and economic needs press, a moderate sense of community does indeed characterise contracting in this setting. This leaves room for private property and individual financial goals, but ensures that one prioritises communal relations when making economic decisions.

We have described these informal rules and regulations as adhering to the concept of ubuntu. Retired Constitutional Court judge, Yvonne Mokgoro, defines ubuntu using the African saying; "a human being is a human being through other human beings."

This means that a person’s individual existence and welfare are relative to that of her community.

How are we then to define ubuntu in a given contractual setting in South Africa? “With reference to context,” is our answer. The notion of community described above requires a certain type of social environment. We think that this environment is to be found in South Africa’s popular economy and the relevant empirical literature supports this view. But what about high value contracts between South Africa’s blue chip companies?

Supermarkets 'should be forced to help small farmers, spazas'

The big-name supermarkets should be compelled to stock products produced by "smallholders", it has been suggested to the Competition Commission.
News
4 years ago

We believe that contract law should be context sensitive. This should include which business community’s norms are used in determining the outcome of a given commercial dispute. This is not to say that corporates aren’t African, but rather that the value of community may be different. And even in the informal sector, contracts must be honoured. Under the South African Constitution, common and customary law are presently separate parallel branches. Our research will inform future arguments about how these two branches may influence each other.

To guide the courts and the development of South African law, research into indigenous commercial contracting is required. This should in turn inform the discussion of how to make contracting in South Africa more African and how to transform the legal curricula in universities.

We will be testing our theories through our own empirical study in this ongoing project. We want to know what norms and procedures govern business relations in this sector where disputes almost never reach the courts.