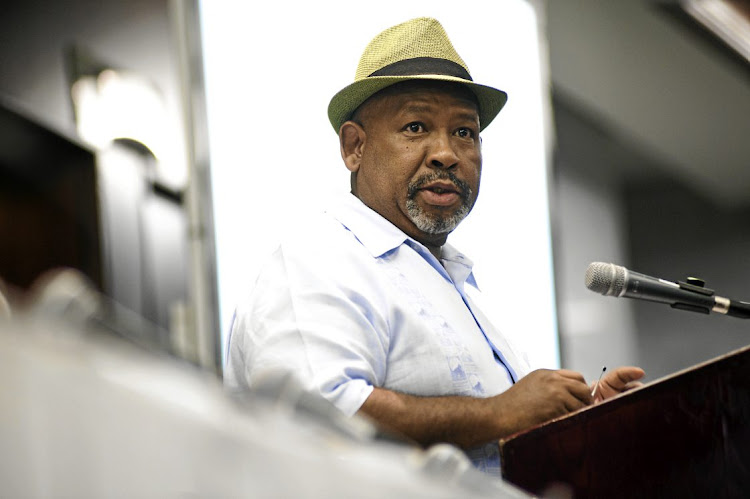 Eskom presented an improvement in its operational performance‚ as well as its governance and control systems‚ at its annual results presentation on Monday morning.

However‚ an independent audit opinion has cast “significant doubt” on the group’s ability to continue as a going concern.

Chairman Jabu Mabuza said the year had been tumultuous but noted the results were for the year ended March 31 and so reflected just 69 days of the new board’s tenure.

He said the board was disappointed it could not avoid a qualified audit.

Earnings before interest‚ tax‚ depreciation and amortisation (ebitda) increased from R38-billion to R45-billion while revenue was flat at R177-billion‚ with electricity sales up 0.9%.

A net loss of R2.3-billion compared poorly with last year’s profit of R900-million.

The net finance cost grew by 61% to R23-billion. This was linked to fewer costs being capitalised and a growth in borrowings.

On the R19.6-billion irregular expenditure — increased from R3-billion in the previous financial year — Eskom said 60% of incidents related to administrative noncompliance‚ and noted that irregular spending was not necessarily fruitless and wasteful expenditure.

EFF accuses Gordhan of reign of terror at SOEs

The Economic Freedom Fighters has accused Public Enterprise Minister Pravin Gordhan of conducting a reign of terror at state-owned enterprises.
Politics
3 years ago

Suzanne Daniels‚ the Eskom whistle-blower who was formerly head of its legal and compliance department‚ has been dismissed from the company after a ...
Business Times
3 years ago

Mabuza said the significant rise in irregular expenditure was “a result of us shaking this cupboard so hard that all the skeletons are coming out”. He described Eskom as being at a “tipping point”.

Eskom’s primary energy costs were largely contained at R85-billion within the 2017-18 financial year.

Last week‚ however‚ Eskom confirmed it would embark on a costly exercise to truck up to 1-million tonnes of coal from its Medupi stockpile to power stations in Mpumalanga.

A bid to clean up and stabilise Eskom appeared to be steadily winning back investors. The utility said it had raised R57-billion since January this year‚ and has raised 22% of its R72-billion funding requirement for the 2018-19 financial year.

Going forward‚ however‚ “Eskom continues to face significant financial and liquidity challenges in the short to medium term as a result of a high debt burden‚ low sales growth and increase finance costs”‚ the utility said in the presentation.

Eskom sticks to its guns over wage demands

In what could be its last round of negotiations until a deal is struck‚ Eskom has stuck to its guns in reviewing the wage increase offer it tabled a ...
News
3 years ago

Eskom's divisional executive for security Tebogo Rakau has resigned from the parastatal with immediate effect.
Business Times
3 years ago

Eskom says it can clear the air ... but it's you who'll pay

Power utility Eskom has said that it could meet proposed, significantly stricter pollution emissions standards, but that the South African public ...
News
3 years ago