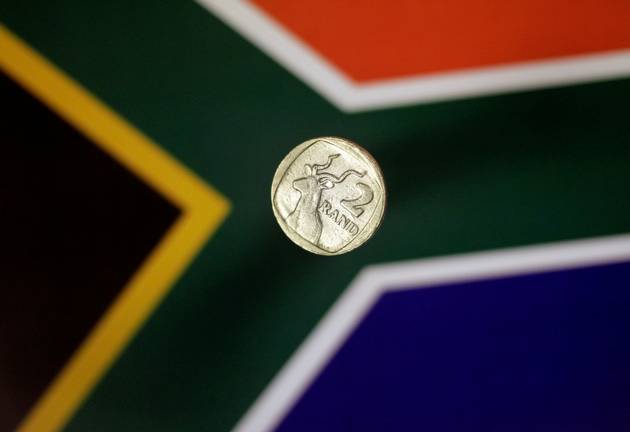 The rand’s recovery hit a snag on Thursday morning as the dollar rebounded and SA fell victim to a US president Donald Trump Twitter tirade.

"I have asked Secretary of State @SecPompeo to closely study the South Africa land and farm seizures and expropriations and the large scale killing of farmers. South African government is now seizing land from white farmers‚" Trump tweeted.

The local currency fell as much as 2% against the dollar‚ leading the declines among the emerging-market currencies.

"What it [the tweet] will do is‚ of course‚ raise the fear profile that has been brewing about the land issue for the past few weeks. Can you imagine what the mere mention of sanctions might do? Not that I want to be a doomsayer‚ but given his track record recently of threatening sanctions [and in some instances imposing them] there will be those‚ including me‚ who have to put the thought at the back of their minds. Not exclude it entirely‚" said Standard Bank trader Warrick Butler.

The weaker rand has a potential to stoke inflation‚ which rose to its highest level in nearly a year in July‚ raising chances of higher interest rates.

Inflation quickened to an annual rate of 5.1% in July‚ from 4.6% in June‚ according to Stats SA data released on Wednesday. This is in the upper end of the Reserve Bank’s 3%-6% target range.

Even so‚ economists generally think the bank will hold fire on rates in 2018‚ given the weak performance of the local economy.

Investec economist Annabel Bishop said in a note that the bank could strike a more hawkish tone during its scheduled meeting in September‚ meaning that it could flag potential increases in rates in future meetings‚ given the volatility in the rand.

South African politicians and commentators are weighing in on American president Donald Trump’s tweet about this county’s land expropriation.
Politics
3 years ago

Meanwhile‚ the dollar rebounded from its recent lows‚ after Fed officials painted a good picture of the US economy in the minutes of the most recent meeting‚ suggesting that they would raise rates again in 2018.

Political analyst Professor Somadoda Fikeni has applauded Pretoria’s reaction to the Trump tweet‚ saying it was the “most mature response”.
Politics
3 years ago

The JSE pushed to its best level in more than a month on Wednesday‚ boosted by a weak dollar‚ while global focus remained on economic and political ...
Business Times
3 years ago

Trump was never ready for Mzansi's reaction to his statement about land expropriation.
News
3 years ago