The strange case of the disappearing evidence 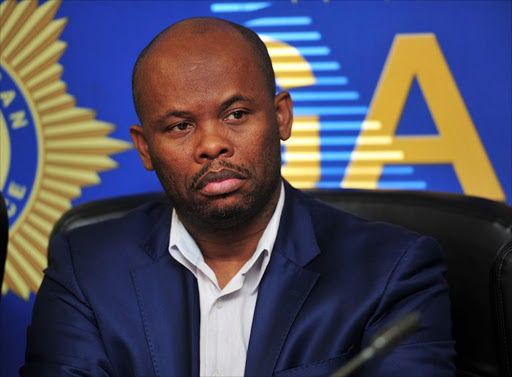 Barely two months after implicating three top Hawks officers in the abduction and illegal deportation of Zimbabweans, the police watchdog authority has made an about-turn.

The charges related to incidents in which five Zimbabweans were deported in 2010 and 2011.

After a 15-month investigation, the directorate produced a report on January 22 last year recommending that the three officers be charged with kidnapping and defeating the ends of justice.

But two months later, on March 18, the report was changed.

A letter "to stakeholders" showing that in August 2010 Dramat and Sibiya had gone to Zimbabwe to discuss cross-border crime co-operation, which read: "General Sibiya was appointed as the co-ordinator on the co-operation issues between the two countries."

Parts of a statement by Richard Madilonga, a police officer who said he was on duty at Beitbridge border post when a delegation of Zimbabwean police arrived, saying they were on their way to meet Dramat. Madilonga had said the leader of the Zimbabwean delegation, a Superintendent Ncube, gave him Dramat's cellphone number and asked him to call the Hawks boss.

Any reference to meetings Dramat held with the Zimbabweans. "The report states that on 05/11/2010 General Dramat held a meeting with Zimbabwean police at Directorate of Priority Crime Investigation offices about the nationals who shot and killed one of their senior officers," read one excised line.

An analysis of Sibiya's cellphone records, showing he "communicated with officers who were involved in the operation, eg Captain Maluleke, and sent more than 20 SMSes to Major-General Dramat".

References to Maluleke's cellphone records that said he "also communicated with General Dramat in terms of outgoing SMSes at a very important milestone in the operation. However, General Dramat never responded."

More than two pages of detailed findings that concluded "there is enough evidence that shows that General Dramat did not only know about the operation that led to renditions of Zimbabwean nationals but sanctioned it".