Nkosazana's hand was out for favours too 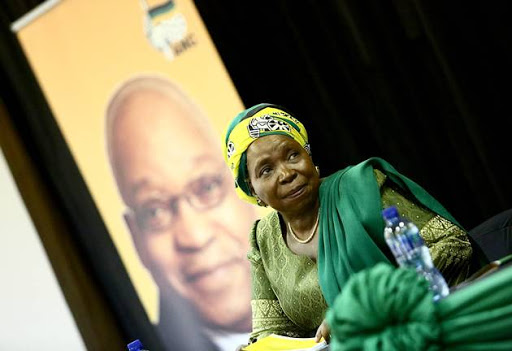 ANC presidential hopeful Nkosazana Dlamini-Zuma asked the Gupta family to pay for a business-class ticket for a Cameroonian reporter to visit South Africa when she was campaigning to become AU Commission chairwoman.

In an e-mail seen by the Sunday Times, dated June 18 2012 and with the subject "Assistance to Minister Dlamini-Zuma", the then home affairs spokeswoman, Manusha Pillai - on behalf of Dlamini-Zuma - discusses arrangements for the trip with one of the Guptas' top associates, Ronica Ragavan, who is now Oakbay Resources CEO.

Dlamini-Zuma was home affairs minister at the time.

The information is contained in a tranche of leaked e-mails between members of the Gupta family and associates that detail the extent to which the family captured politicians and state entities. 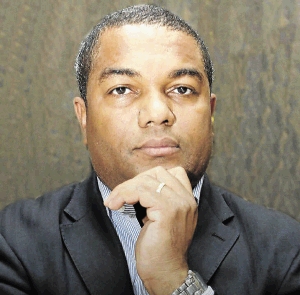 In 2014 reporter Thierry Hot wrote that Dlamini-Zuma was a ' lady of principle'.
Image: Supplied

The reporter, Thierry Hot, is currently a special adviser to the president of Burkina Faso, Roch Marc Christian Kaboré. In a 2014 article Hot calls Dlamini-Zuma "brilliant" and a " lady of principle".

Dlamini-Zuma failed to respond to questions from the Sunday Times on why she wanted Hot to visit South Africa.

Pillai said that, as a former official, she was "bound to observe confidentiality" and could not respond to questions about the Guptas' assistance to Dlamini-Zuma.

In the leaked e-mail, sent from a Gmail account, Pillai refers to "your [Ragavan's] discussion with Minister Dlamini-Zuma".

She tells Ragavan: "Please find the passport details of the journalist for whom travel arrangements should be made ... He would like to travel business class on Air France."

A copy of Hot's passport is attached to the e-mail. Attempts to contact Hot were unsuccessful.

According to the e-mail, Hot wanted to fly from Brussels, Belgium, on June 19 2012, via Paris, to Johannesburg. He would leave two days later, on June 21, flying via Paris to Douala, Cameroon.

Pillai also tells Ragavan that she will come back to her regarding the land transfers and accommodation for Hot.

Ragavan then forwards the e-mail to Atul Gupta and writes: "Sir for BOSS."

In the e-mail trail, Gupta lieutenant Ashu Chawla sends a screengrab of the rate at the Sheraton Hotel in Pretoria, situated across the road from the Union Buildings.

On July 15 that year, Dlamini-Zuma was elected to the position, the first woman to hold the office.

Now Dlamini-Zuma has her sights set on becoming the ANC's next president, and thereafter president of South Africa.

Just a month after Des van Rooyen took office as minister of co-operative governance and traditional affairs, he met Gupta associates to give them ...
Investigations
4 years ago

National director of public prosecutions Shaun Abrahams has appointed a team of top prosecutors to focus exclusively on criminal cases related to ...
Investigations
4 years ago