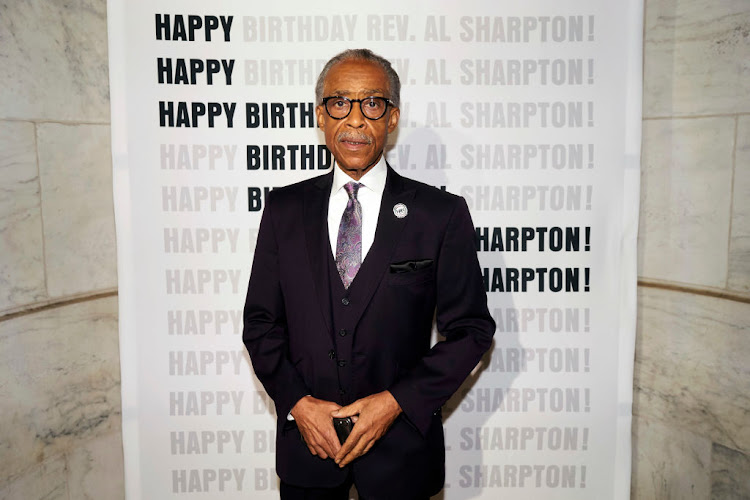 Reverend Al Sharpton has urged young protesters taking part in the ongoing BLM protests to keep their eyes on the goal.
Image: by Johnny Nunez/WireImage via Getty Images

Civil rights leader Reverend Al Sharpton has urged young activists taking part in the ongoing Black Lives Matter protests to "keep going" and to keep their "eye on the goal".

Sharpton made these comments during an online interview with British supermodel Naomi Campbell on the latest episode of her YouTube show No Filter With Naomi.

Campbell kicked off the second season of the show with a candid discussion on the ongoing BLM protests across the US and the need for solutions to racism and police brutality.

The US is currently engulfed by a wave of Black Lives Matter protests following the death of George Floyd in Minneapolis, Minnesota following a fatal encounter with police. The protests have also spilled over to various countries around the world and have seen a number of statues of controversial historical figures toppled.

I always knew ‘No Filter with Naomi’ would be coming back, but never did I think it would be under these circumstances. Season two starts today with a clear message: the ignorant will not win. I’m sick and saddened like many of you at the current state of the world, but I’m staying positive, and believe that we’ll soon be getting the change we’ve been wanting so badly for centuries. Please join me for a special episode featuring: Opal Tometi, Reverend Al Sharpton, and Alphonso David.

Sharpton was one of the guests featured on Monday's episode and spoke at length on police brutality and the challenges black people continue to deal with despite all the progress made.

The civil rights leader also spoke on the racial tensions that sparked the protests and the need to acknowledge the injustices meted out to black people. He also encouraged young activists taking to the streets to not "be sprinter activists" but rather marathon activists.

"Go for the long run, keep going. Every fight we're in... you gotta be set that it may take a year... keep your eye on the goal, not on how long the struggle is. You don't stop till you win, it's not if you win, you must win."

George Floyd's death has been followed by protests as many around the world took to the streets to condemn racial discrimination and police brutality.
Lifestyle
10 months ago
Next Article