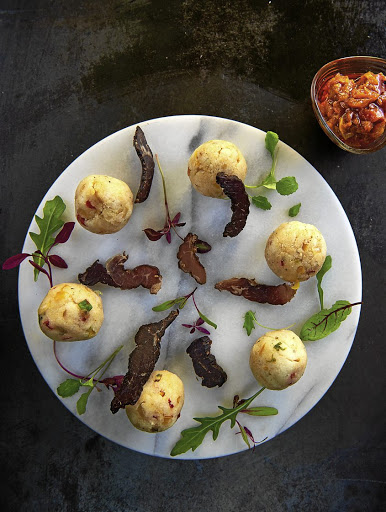 Shisa nyama, says a steely-eyed Nompumelelo Mqwebu, is not the definition of African cuisine.

For years she has been on a quest to share her knowledge of local food practices and ingredients. The tangible result, her cookbook, Through the Eyes of an African Chef, launched recently.

Mqwebu, who grew up in the Durban township of Umlazi, was influenced by her father and grandmother.

Her father was a cook on ships who instilled in his children a sense of "culinary adventure".

Her Xhosa grandmother, Noluthando MaGaqa Kunene, married a Swazi national and moved to Pietermaritzburg. She opened a restaurant where her husband, a translator in the High Court, would arrive each lunch hour with all his colleagues.

"Gogo instructed me in the importance of growing your own food. She influenced my love for food and culture," says Mqwebu, whose recipe for isijingi - pumpkin pudding - is a direct tribute to her grandmother.

Her intention is as much to honour the past as it is to propel traditional cuisine into the future. Cuisine around the world, she says, takes the ideas of previous generations and moves them forward.

It is how her memory of coming home from school during winter to a warm bowl of sweet, mashed pumpkin thickened with a little maize meal became a more sophisticated dessert: pumpkin, honey, cinnamon and cream, garnished with berries.

"I tell people that my recipe came from my granny but I had to have it express me as a chef today. The younger generation needs a different expression - I want to reach them. You can have indigenous food and still be trendy." 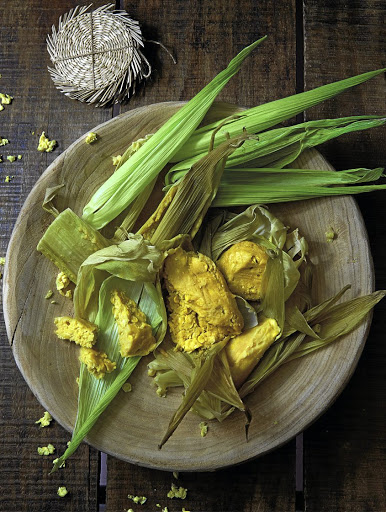 Recipe after recipe extols the simple ama-dumbe (taro root), generally simply boiled and salted. Mqwebu gives us the root stuffed with spinach, in a salad, as a roasted chip, even as a tea. Possibly the most interesting use is as a substitute for potato in the Italian dish gnocchi.

"Amadumbe is full of calcium and so versatile," she says, "At culinary school we made gnocchi and immediately I knew. I went home and started working on the recipe using amadumbe until it tasted right. It has such a lovely nutty flavour."

When a French chef came over on a visit she challenged him to make a Michelin-star dish with the tuber. He cooked it in stock accompanied by an amadumbe foam and garnished with black sesame seeds.

"This is what I want - to get the world to taste our food and our ingredients," says Mqwebu.

The book is another step on her road to reviving a local food culture that is undervalued and invisible.

"The world is teaching us about our own products. Baobab was proclaimed a superfood a couple of years ago; last year it was sorghum. When we think of sorghum we think of beer but it makes an excellent bread."

It is time to make changes, she says, so that future generations "have a food inheritance, a wealth of traditional ingredients, restored knowledge of our culture and a heritage to be proud of".

Get a true taste of Alex on a culinary township tour

Tour 2.0 is a touring company with a difference. It aims to “create new African perceptions, by exposing visitors to what makes each of our cultures ...
Lifestyle
4 years ago