IN PICTURES: South Africans come out in droves to join anti-Zuma countrywide marches 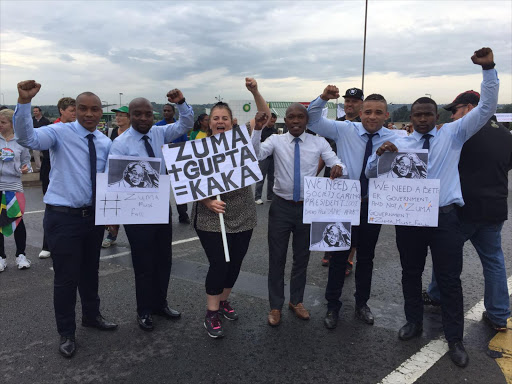 A national shutdown is taking place today to push President Jacob Zuma to quit despite government warnings that protesters engaging in civil disobedience would face "the full might of the law".

The ratings agency decided that President Jacob Zuma plunged the country into an economic crisis with his recent cabinet reshuffle which was too severe to wait until June 2 for its next scheduled review of SA’s sovereign rating.