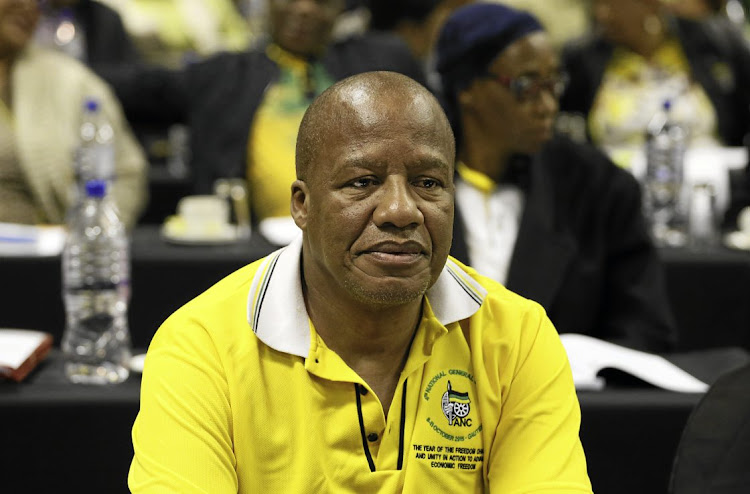 Jackson Mthembu hit back at the MPs, saying they had a 'personal vendetta' against him.
Image: Supplied

A group of pro-President Jacob Zuma MPs who are opposed to chief whip Jackson Mthembu are taking their fight against to the ANC’s national conference taking place next Saturday, when they will push for Mthembu’s removal.

The anti-Mthembu MPs, who a fortnight ago accused him of colluding with the DA to schedule a parliamentary debate on state capture, this week told the Sunday Times that they would also lobby for their chief whip not to be elected into the next ANC national executive committee so that he can be disqualified from occupying his current position as chief whip.

The ANC resolved in 2012 that only members of its national executive committee should occupy leadership positions in strategic centres of power, including in parliament and the executive. Mthembu has backed Deputy President Cyril Ramaphosa’s bid to take over from Zuma, while the MPs seeking his ousting are behind Nkosazana Dlamini-Zuma. ANC MP Mervyn Dirks, who has emerged as the ring leader of the pro-Zuma legislators, said they would raise the issue of Mthembu’s removal from the conference floor during discussions on the performance of party deployees.

NDZ VS CR17: Hate the game, don't hate the players

DECEMBER is upon us. Not the calendar month, which feels like it began years ago - but the event.
Opinion & Analysis
3 years ago

Dirks claimed Mthembu was a factional leader who had divided the party’s parliamentary caucus.​“At conference we will discuss many issues. We will also discuss the issue of performance of ANC deployees in government and parliament. We won’t support him [Mthembu] for the NEC. I will raise it. We want to ensure that people like Jackson get removed from [leadership] positions,” said Dirks. “Jackson is using parliament as a launching pad to fight his own narrow factional battle against the president and certain members of the cabinet.

The solution will be the national conference in December, that Jackson must be removed from the NEC because he feels this party is worse than the apartheid government. So, therefore, I do not think he can represent it on the NEC. He must vacate the position of chief whip in parliament,” said Dirks. Mthembu recently referred Dirks to National Assembly Speaker Baleka Mbete for investigation after it was alleged that Dirks had threatened to assault a fellow woman ANC MP during a sitting of the house. Sibusiso Radebe, another ANC MP who is part of the group and also wants Mthembu axed, said next weekend’s conference had to decide the chief whip’s fate.”

He is using parliament to fight factional battles, which is unacceptable organisationally. The conference must decide what it does with him. It will engage on organisational matters and must raise the matter. “Jackson is running caucus fictionally. I would appreciate it if the next NEC changes the chief whip,” said Radebe. Mthembu hit back at the MPs, saying they had a “personal vendetta” against him.” They have an issue to grind with the chief whip. They might not be working alone from where I’m sitting. They are working with senior people in the organisation. They have probably been corrupted to take this stance,” said Mthembu.”

The issue here is also about defaming Mthembu so that he’s not electable at conference. They don’t even have the powers. “The provinces have put me on the national executive committee. The Eastern Cape and KwaZulu-Natal have put me on as an additional member. They will have one hell of a mountain to climb. I don’t even think they’re good members of parliament either,” said Mthembu.​

Nkosazana Dlamini-Zuma’s campaign has been filled with vague platitudes and not enough detail on policy issues, transforming the economy and breaking ...
Opinion & Analysis
3 years ago

Little charisma, no great speeches - but the race for the top job has attracted unprecedented interest
Opinion & Analysis
3 years ago