Atandwa Kani and Fikile seal the deal with traditional ceremony 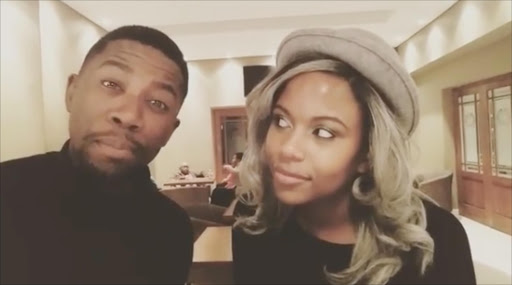 After legally tying the knot in 2015, Atandwa Kani and Fikile Mthwalo are now set to cement their union traditionally.

To set the ball in motion the lovebirds held a traditional ceremony to welcome the bride into the groom's family and home over the weekend.

Atandwa and Fiks shared pictures of their special day on social media. "Mrs Kani...this is what today is about. iGama lakhe nguLathitha ... Lathi THA iLanga (Her name is Lathitha)," Atandwa said.

The ceremony is believed to be part of a series of processes that are done during the traditional matrimony. It is understood that during the ceremony the bride is given a different name by her groom's family and spends time with them.

Insiders told TshisaLIVE that it was an intimate ceremony attended by close friends and family.

"It was a day filled with love," said a source.

When contacted both Atandwa and Fiks declined to comment on the special occasion.