Hugh Masekela steps back in time with new musical 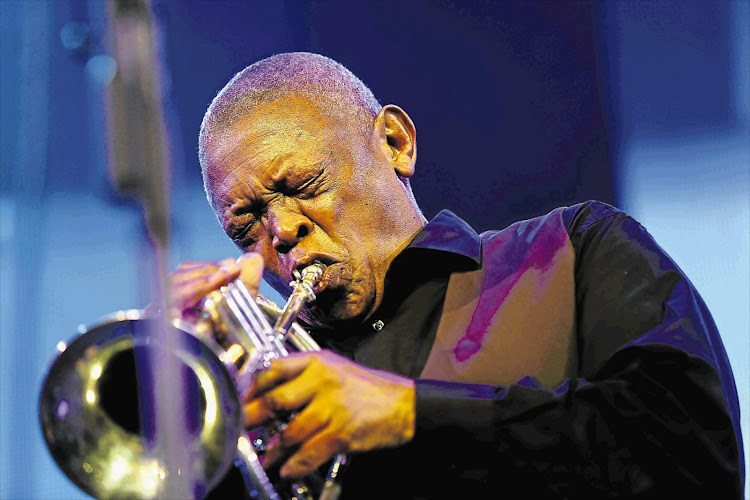 Despite undergoing a medical procedure two months ago, legendary musician Hugh Masekela is back on his feet and doing what he loves – making music. This time Bra Hugh as he is affectionately called, steps into the director’s seat to tell the story of controversial Regina Brooks through a theatre play called, Gone Native – The Life and Times of Regina Brooks.

During an interview with TshisaLIVE Bra Hugh said Regina’s story fascinated him since he was a youngster and he had a crush on her at the tender age of 15. He said that meeting her decades later brought him joy and a new project to work on.

“The story of Regina Brooks always fascinated me. It happened when I was a teenager, in 1954 when I was 15. We all had a crush on her because she was so beautiful. And we all hated Richard Kumalo because he was a cop. So, I was always interested in her story, so one day about eight years ago, I told a friend of mine, Alf Kumalo. I asked him, ‘do you remember Regina Brooks? I would love to meet her and maybe create a project like either a documentary or film or just something. Then he took me to her, and I was so happy to meet her and she told me she knew me from back when I was starting out,” Hugh said.

Hugh said that after meeting Regina she said she hoped he would fulfil his promise of telling her life story because so any people promised to, but never did. A few months later, a childhood friend suggested that Hugh create a musical in her honour and that was how the idea of Gone Native was born.

The veteran musician recently had to cancel all his shows following a surgery to repair tendon and ligament damage in his shoulder.

However, Hugh told TshisaLIVE that even though he’s been advised to slow down, he is still involved in a lot of projects that are heritage driven as he is passionate about it.

“I haven’t done too badly in life so I have the luxury of choosing what I want do. I am more spread out. I am getting into television and cinema, but it is all heritage driven. I am completely heritage captured,” he said.

The celebrated musician said he no longer did anything for money because at his age his wish is just to impart the knowledge he has and participate in preserving South African heritage. The musical is almost ready, starring the likes of Marietjie Bothma and Ayanda Nhlangothi, and the rehearsals have already been underway for two weeks.

Hugh said capturing the music to compliment the story came easy to him because he had lived in the time and place of the story.

“I am a scholar of music and particularly SA music. I know the music, the mood and style of that time. The era in which her story happened was a ‘music rich’ era, I had just started learning the trumped and I was more into music at that time than any other time,” he said.

The story of Regina is one of a white woman who defied apartheid and in 1955 asked to be re-classified as a coloured woman, which would enable her to live with her coloured child Thandi. This after she was arrested for staying in Orlando, Soweto, with a black man and cop Richard Kumalo.

Gone Native: The Life and Times of Regina Brooks will be performed at the Soweto Theatre from August 8 until August 20.