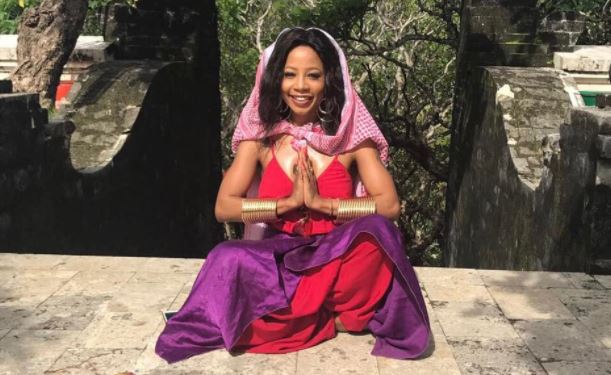 Kelly Khumalo is choosing not to focus on the negativity.
Image: Via Kelly's Instagram

Musician Kelly Khumalo is not fazed by "attention seekers" who tried to hijack her appearance on Idols SA by inundating her with requests to talk about the death of her late boyfriend, Bafana Bafana goalkeeper Senzo Meyiwa.

Kelly appeared as a guest judge on the popular Mzansi Magic music reality competition on Sunday and immediately trended on Twitter.

While many were excited about her appearance and called for her to be appointed as a permanent judge on the show, the social media site was swamped by messages demanding that Kelly explain what happened the day Senzo died.

Speaking to TshisaLIVE, Kelly's team said she had read all of the comments, including those that questioned her relationship with Senzo, but was focused on the positives.

"The social media response that we witnessed was definitely positive. We witnessed a lot of messages on social media about how well Kelly was doing as a guest judge on the Idols panel, there were mostly compliments towards Kelly where people were praising her voice, her music knowledge and her beauty of course," her manager Linda Moeketsi said.

Linda said that the comments about Senzo were made by attention seekers.

Senzo Meyiwa was shot and killed during an alleged botched robbery at Kelly's family home in Vosloorus in 2014. No arrests have been made by police in the case.