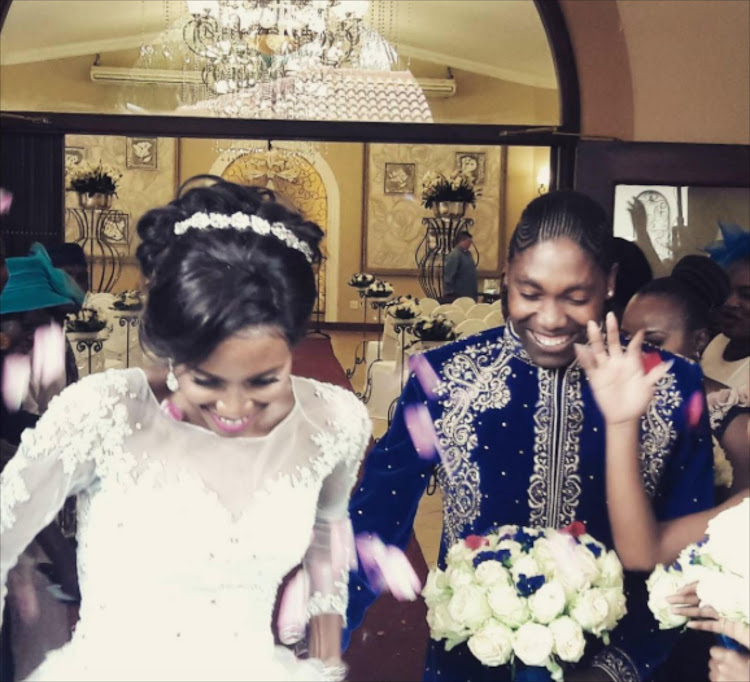 Athlete Caster Semenya has opened up about her love story with her wife, Violet Raseboya in a TV interview about her life.

Being Caster Semenya was aired on BET on Monday night and the Olympic champion said that her first encounter with her wife was a "funny" meeting.

Caster said the comment immediately got her back up and she was on the defensive.

It took a while for them to start dating and Caster said it was her that told Violet about her feelings for her.

"We were in denial. She had a past. She had a boyfriend. (She) was trying to deny being in love with a woman"

Now, ten years later, Caster said Violet is the one person who was there for her at her lowest point.

"She is someone I can rely on. Through thick and thin."

Caster also admitted that the couple would like to have children and the athlete, who is from a family of six children, would like at least three.

Olympic gold medalist Caster Semenya has been lambasted on social media after posting a picture of a dying rat being "abused." The video shows a rat ...
TshisaLIVE
4 years ago

Caster Semenya on Monday night batted off questions about the looming court case on hyperandrongenism‚ saying she at times feels annoyed or bored ...
Sport
4 years ago