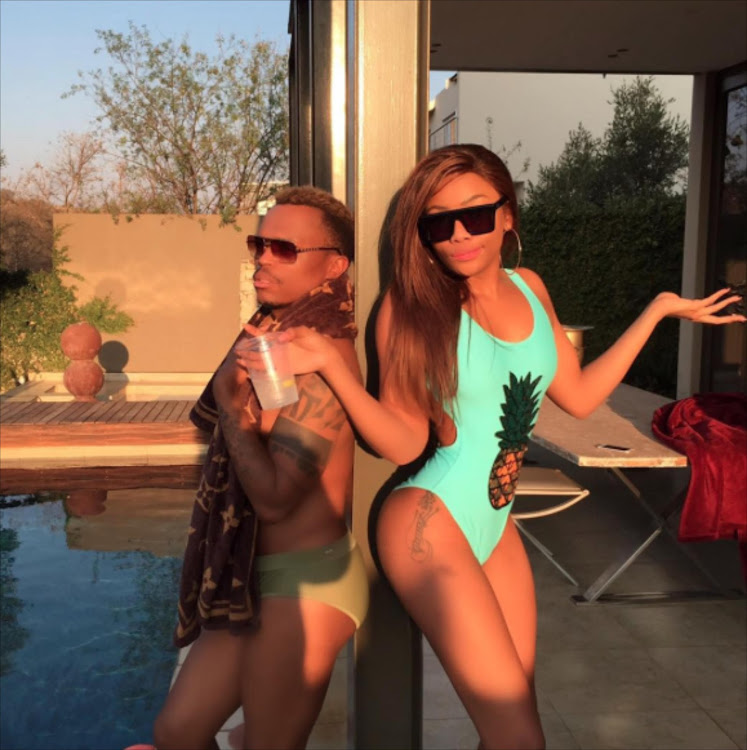 They're both after the crown
Image: via Somizi Instagram

"They were best friends and they know what matters to each other. They are going to be fighting for it now. For everything."

That's the inside scoop from those close to Bonang Matheba and Somizi Mhlongo. They've both been in the game for a long time and as the frenemies battle it out the ultimate prize is your love!

"Bonang knows that the public is her currency and while it has never really mattered to Somizi, he's in the public eye more than ever before and he's going to take the crown from her," say insiders.

Both have books out and both have reality TV shows currently on air. Somizi has two TV gigs (he's a Vuzu Entertainment presenter and is on Idols SA) and he has a gig on Metro FM with DJ Fresh. Bonang has a cooking show on Mzansi Magic, KFC Taste Kitchen.

As the two face off in a highly competitive race, there's certainly no love lost between them.

In her book, Bonang: from A to B, which has been mocked because of its missing words and grammatical errors, Bonang said she ended the relationship with Somizi because he had made friends with her alleged abuser.

"It took me a while to eventually leave that relationship, and years after I had, Somizi, who was my friend, suddenly became friends with my ex. The same one whose violence towards me he had witnessed. That's when I knew he had to go. I couldn't trust him anymore so I cut him out of my life," she wrote.

Somizi has previously said Bonang just stopped talking to him and he thought it was because she had heard he was feeding information to DJ Zinhle, AKA's ex girlfriend.

Insiders have told TshisaLIVE that Somizi, who was hurt by Bonang suddenly ending their friendship and not really knowing why, is now angry.

Clearly! It took a few days but Somizi let it be known that he was on the war path and made reference to Bonang in three Instagram posts where he mocked all the errors in her book and also the fact that his book was number one and hers was number two.

B has brought Somizi into her feud with Euphonik before

It's not the first time Bonang has drawn Somizi into the middle of her long standing battle with her ex, Euphonik. In 2015 the DJ was part of a Marie Claire campaign which saw a host of local male celebrities wearing high-heeled shoes to show that "it takes a real man to stand up against gender-based violence."

Bonang tagged Somizi in the comments section of the Instagram post by the magazine with a set of laughing emoticons and later commented again, tagging Somizi and said "I have never laughed so hard."

Somizi remained mum and didn't enter the debate but the incident did lead to Euphonik responding to the abuse allegations for the first time and the magazine issuing an apology. In 2012 Bonang laid charges of assault against Euphonik. These were later dropped and the couple reconciled.

There were signs of peace...

At the end of May, at SAMA23, Mzansi thought an olive-branch had been extended between Bonang Matheba and Somizi Mhlongo. He was hosting the event alongside Tumi Morake and not only did Bonang give them a mention on her social media, she was even snapped dancing and laughing because of Somizi's antics during an ad break.

We rejoiced. We popped our champagne. Got out the expensive glasses ( A Bonang and Somizi reunion deserved better than plastic).

Finally. The pair, who had been feuding for months, may be getting back together.

But then B released her book, Bonang: From A to B.

And now as the guns are loaded and the knives out. You can bet we're in for one helluva ride.

Bonang Matheba's rise to stardom and journey to becoming a formidable force in the entertainment industry has not been a walk in the park.  Speaking ...
TshisaLIVE
4 years ago

Just when people thought the two may make friends or even start being civil to each other, Bonang Matheba released her book and in it mentioned why ...
TshisaLIVE
4 years ago

Somizi has lambasted musician who "gossip" about Thandiswa Mazwai's use of traditional incense during her performances and accuse her of witchcraft.
TshisaLIVE
4 years ago