Where are the cries when Xhosa boys die?- The Wound creators address violent threats 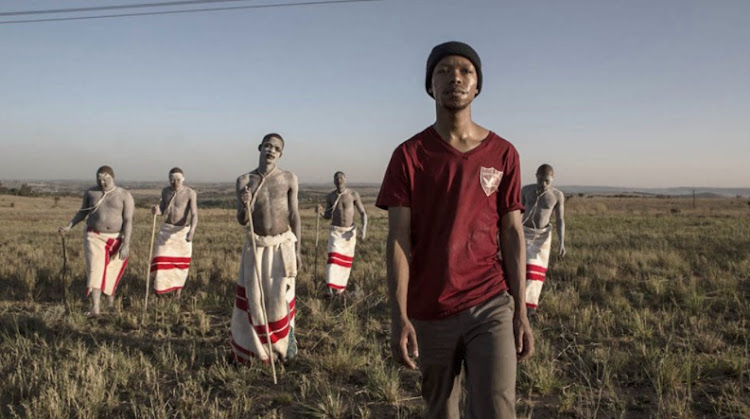 Inxeba (The Wound) has sparked anger and debate for its portrayal of Xhosa culture.
Image: Supplied

The creators of controversial local film The Wound (Inxeba)  have hit back at a number of death threats sent to cast and crew of the project, including threats to burn lead actor Nakhane Touré alive.

In a statement released on Monday, the film's producers said they were concerned by the homophobic threats which had been directed at the project, which centres around the circumcision ceremony of a gay factory worker.

"The South African Constitution not only protects individuals’ rights to freedom of speech, but also outlaws discrimination based on sexual orientation. We view these inexcusable threats in a serious light, and we will be taking appropriate action against any individual who threatens violence or commits homophobic hate crimes,” the film's producer Cait Pansegrouw said.

She said critics who were attempting to shut down the film, mostly because of the use of Xhosa culture in the film, were in the minority and "do not represent the 'entire Xhosa nation’ as they claim.”

The film’s co-writers Malusi Bengu claimed that much of the hatred towards the film was misdirected.

The producers revealed that the film's lead actor Nakhane Touré had received several violent threats, including that of being burnt alive. Nakhane lambasted these threats, claiming they exposed a violent homophobia which came from those who had not even seen the film.

“People have jumped to conclusions about a film they haven't even seen. I speak as a Xhosa man who has been to initiation, and who is proud to have done so, when I say that no secrets are revealed. What is being revealed instead, is a violent homophobia. Those issuing threats are nowhere to be seen when Xhosa initiates are sexually assaulted during initiation.

"Where are you madoda (men) when babies are raped in our communities? Where is your anger when women are raped and murdered? The answer is nowhere. Instead, you choose to attack an important and insightful film that I do not for a single moment regret being part of,” he said.

While the film's cast have always stressed its value as way to start dialogue about issues of sexuality in the Xhosa culture, another of the film's producers Batana Vundla said that the film did not expose any of the secrets of the sacred initiation ceremony.

“There are a number of genuinely concerned Xhosa South Africans who are perturbed at the thought that the secret tradition of Ulwaluko has been cast open for the whole world to see. Rest assured, that has not happened. In fact, nothing could be further from the truth... If anything, through the constructive dialogue brought about by the film, initiation as a traditional practice and its in role in society has been strengthened by Inxeba. I want to stress that no secrets were revealed,” he said.

Popular entertainer Nonhlanhla "Skolopad " Qwabe was rushed to hospital on Sunday after having a nervous breakdown from hypokalemia stress caused ...
TshisaLIVE
4 years ago

Criselda Kananda has hit back at claims she discriminated and ridiculed the LGBTI community with remarks at a presentation at a AIDS gender based ...
TshisaLIVE
4 years ago

IN MEMES: Fans weep as Ofentse gets booted off Idols

Many of them probably knew it was coming but it did not stop Idols SA fans from going into a state of mourning on Sunday when it was announced that ...
TshisaLIVE
4 years ago

Local play The Suitcase is headed to the UK

Local theatre production The Suitcase starring Masasa Mbangeni and Siyabonga Twala is headed to the UK for a five week city tour, which will give ...
TshisaLIVE
4 years ago

If there's anybody who has been a victim of public bullying, especially after the death of her boyfriend Senzo Meyiwa, it is Kelly Khumalo. She has ...
TshisaLIVE
4 years ago