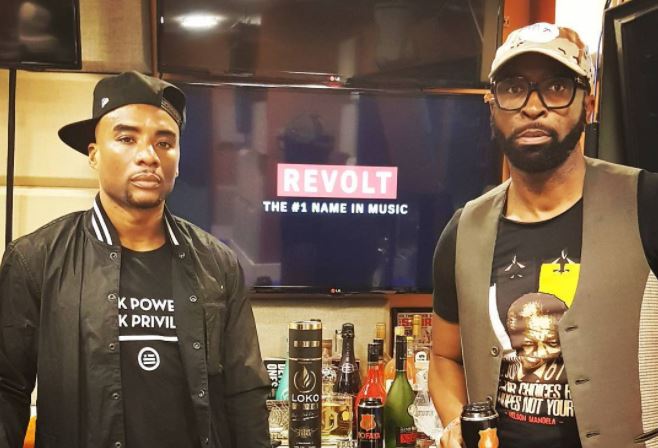 A year after lambasting US radio star Charlamagne Tha God for being "very ignorant" about African music and its artists, the pair have settled their differences with Sbu paying a visit to the American star's radio show on Monday.

The pair were involved in an explosive exchange of words late last year after Charlamagne Tha God seemed to accuse local rapper Cassper Nyovest of stealing Kanye West's floating stage idea and referred to him as "some African artist". Charlamagne later tried to defuse the situation by inviting Cassper to his show.

Little did anyone know that a few months later Sbu would pop up in America, with Mo Faya in hand, and appear in studio with Charlamagne on The Breakfast Club.

Sbu posted several pictures and videos of the pair hanging out in studio, with the two radio moguls chatting away as if they were the best of friends.

Sbu, who is no stranger to promoting his line of beverages at every available opportunity, even got Charlamagne to pose with Sbu's entire range of drinks.

Bonang Matheba has revealed her strategy to deal with being 'dragged' on Twitter is mastering the skill of "ignoring" trolls every day. Queen B ...
TshisaLIVE
4 years ago

Popular TV chef Benny Masekwameng has overcome a number of challenges to become one of the most popular faces in Mzansi, and plans to use these ...
TshisaLIVE
4 years ago