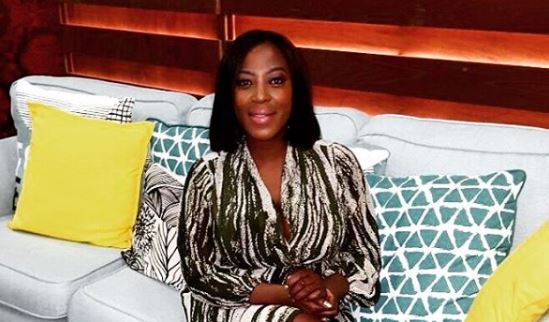 Actress Rami Chuene put a tweep back in his lane on Sunday, after she gave "straight people" advice on how to interact with homosexuals, but was accused of blasphemy instead.

Dear 'straight' people: with God's love in my heart, kindly stop telling gay people "U don't know what u're missing" or "what a waste" STOP!

The tweet attracted over 800 likes and 458 retweets, with most people agreeing with Rami's statement, however it sparked a debate among some of her followers.

While some people thanked Rami for her words, one tweep accused her of "blasphemy" because she included the word God in her tweet.

Nah fam, don't defend Homosexuality in God's name... it's wrong in the eyes of God!

However, Rami was not having it and quickly fired a spicy clapback at the tweep.

Sweetie, in @portiagumedesa words: go argue with your curtains. And I say that ka lerato la Bakorenthe

Actress Mbali Nkosi has learned to count her blessings and appreciating having multiple working opportunities in an industry that is often hit by ...
TshisaLIVE
4 years ago

Champers & fashion shows: Bonang sure as hell is living her best life

Shuuu... but it's hard to keep up with B. As if we weren't already jealous of Bonang Matheba and AKA living it up in Paris, your girl B has carried ...
TshisaLIVE
4 years ago

WATCH: Zodwa and Dineo shake it... at OR Tambo International

So you're at the airport and you bump into someone you know. What do you do? Well, certainly not a dance off. But then again, ain't nobody like Zodwa ...
TshisaLIVE
4 years ago