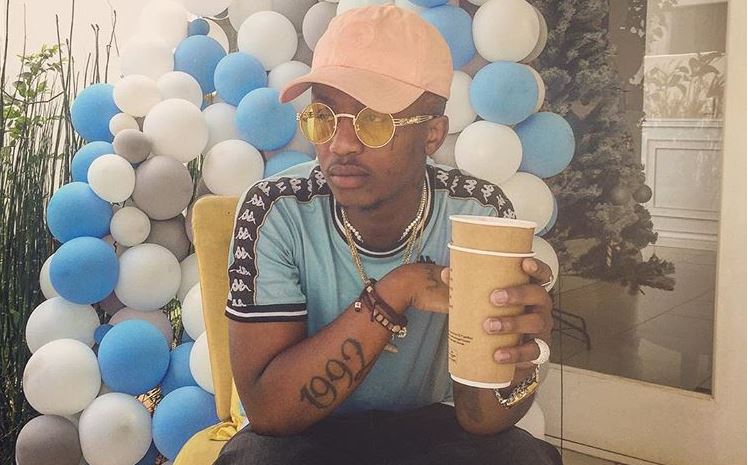 Emtee's reality music competition is still not on TV.
Image: Via Emteee's Instagram

A year after Emtee had fans in a frenzy after confirming to TshisaLIVE that he was starting his own TV reality music competition, the rapper is finally hoping it will see the light of day and make it on screens.

Emtee revealed early last year that he had the idea for a reality show called Rap4Me which would unearth Mzansi's next big hip-hop artist.

“I have this idea for a TV show that will discover young rap talent and also showcase them to the country. I am passionate about young talent and have tried to expose them to the industry through my new record label. This is just the next step in that,” Emtee said at the time.

However TshisaLIVE has learnt that the project was put on ice after not enough people showed up at auditions and the rapper's busy schedule threatened to unravel the entire production.

The Pearl Thusi hitmaker's manager, Lebo Maswanganyi, confirmed that there were logistical delays but said it would still go ahead.

"We are still shooting the show and have been this whole week. I think we announced it a little too soon last year with no proper planning or conceptualisation. We had auditions but it wasn't marketed properly so we didn't have enough content. We had to go back to the drawing board and work on it again. Also, Emtee's schedule was very busy with shows and other projects."

He said they planned to relaunch the show next month with it airing near the middle of the year. It will be broadcast on GauTV, even after the broadcaster pulled adverts for it in the middle of last year.

"GauTV have been very supportive of the project and have been patient with us. We are looking forward to it finally being on screens," Lebo added.

2018 has been an incredible for The Queen actor Moshe Ndiki and while the actor has credited God's timing and hard work, he's also shared that he's ...
TshisaLIVE
4 years ago

Retirement is a word that does not exist in Lillian Dube's vocabulary, even after being the industry for several decades.
TshisaLIVE
4 years ago

Psychic medium Cindy Kruger is no stranger to public life. Besides her jam-packed schedule of daily clients (which has her booked until July) Cindy ...
TshisaLIVE
4 years ago