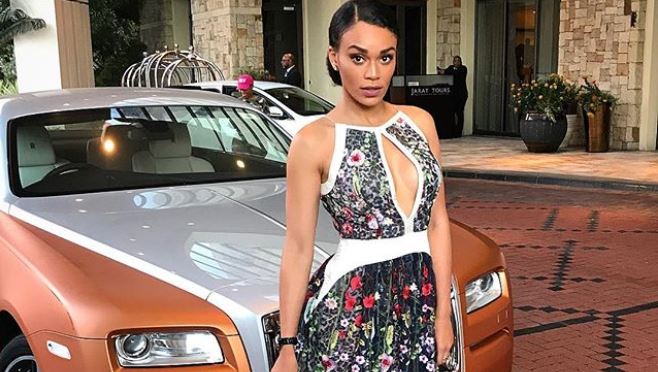 Pearl Thusi is shaken but recovering well after being held at gunpoint in an attempted robbery on Thursday evening.

The star stopped at a robot in Braamfontein, Johannesburg when a man apparently came to her window and pulled a gun on her. He demanded that she hand over her phone or "he'll shoot".

"Someone definitely just pulled a gun on me on the road in Braam while I was in my car. Then said I must give him my phone or he’ll shoot me. I said no, then drove away (luckily the light just turned green). I only started freaking out a few minutes later. Thug life," she wrote on social media after the incident.

Pearl said she was not sure why her life was spared but was grateful to have survived the incident.

"Maybe he thought I can’t speak Zulu?! Maybe he was stressed that I didn’t freak out. Maybe he didn’t have bullets? Maybe Jesus said 'not today Satan.' All I’m grateful for is to be alive and unscathed," she added.

Speaking to TshisaLIVE, Pearl's management said they were all left shaken by the ordeal.

"We are relieved that Pearl is okay and was unharmed. That's all that matters," the star's manager Sarit Tomlinson said.

Pearl told fans that she had handled fake guns on set before and thought that was one of the reasons why she wasn't immediately shocked during the incident.

Yes I did.
But I’ve worked with fake guns on movies and other shows so they don’t immediately freak me out. https://t.co/DA24rMaHGY

Marjorie Langa says she thinks that she will have to go for counselling following the incident.
TshisaLIVE
3 years ago

TV personality Bontle Modiselle recounted the fear and pain she felt during a 2013 hijacking, where she and rapper Priddy Ugly were threatened at ...
TshisaLIVE
4 years ago

We are all still waiting for Thandaza's funeral to be honest.
TshisaLIVE
3 years ago