IN MEMES | Twitter thinks The Queen's Vuyiswa deserves an Oscar

Look, the woman has been through the most. 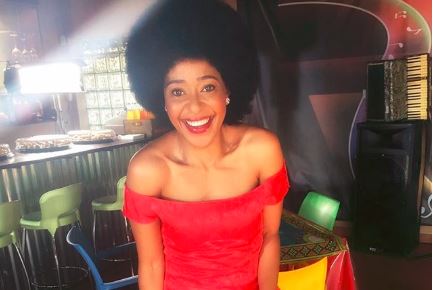 The Queen's Vuyiswa has been through the most.
Image: Via Instagram

Can one woman go through so much?

The Queen's Vuyiswa has gone through so much on the show that when she asked for her gun, while sitting on a funeral mattress, Twitter felt the pain.

Vee, who is also a detective and is pregnant with Bakang's baby, was told that the Mabuzas were refusing to bring Bakang's dead body home and had decided that they wanted to bury him instead.

Vee has also been Jerry's wife and Bakang step-mom and is now a widow for a man who died due to his lust for another woman.

Twitter was just hoping someone gives her a gun because now she's fed up and they understand. The woman has literally been through everything.

The way Vuyiswa is so calm when asking Cleo for the gun 🔥🔥👌 #TheQueenMzansi @FERGUSON_FILMS pic.twitter.com/YM8KM80gPE

Vuyiswa "Cleo take my bag and get me my gun". #TheQueenMzansi pic.twitter.com/XRHaQWJZRa

Twitter also couldn't ignore how Harriet had taken a page out of the president of SA's book. This after she referred to section 8 (A) of the Cyril Ramaphosa act of "shut up".

That shut up from Harriet.

The spirit of Cyril manifested in her😂😂😂💔 pic.twitter.com/aEFyuND7DS

That Shut up from Harriet,
Reminds me of the President himself. pic.twitter.com/r7ihjQZEzr

Harriet just pulled a "Shut up" on this annoying Aunty #TheQueenMzansi pic.twitter.com/HaFSkNhJLy

Skolopad reveals one of her deepest fears in life: being a barren wife

Skolopad hopes not being able to give birth won't ruin her chances at a happy family and marriage one day.
TshisaLIVE
4 years ago