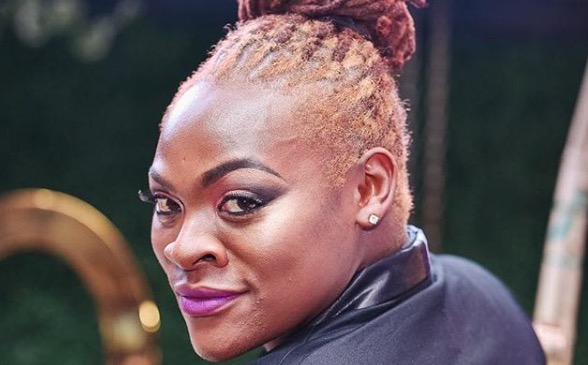 Khaya said he is not about keeping up with his peers.
Image: Instagram

Khaya Dladla has slammed local celeb pals who live for showing off on Instagram, saying that artists need to learn to accumulate wealth and give aspiring youth a realistic expectation of the industry.

Even though Khaya has been in the entertainment industry for over a decade, he only became widely known after his Uzalo debut. He told TshisaLIVE that the most disturbing thing about fame was the mentality that you have to look "rich."

"There are so many artists out there -  none of them own property -  they just have cars and, in fact, the cars belong to the bank. Artists aren't rich and we need to learn to accumulate wealth."

Khaya said the lengths that South African celebrities would go to appear as if they are rich still shocks him.

He added that no matter how many times he'd watched some of his fellow celebs being irresponsible with money, it was still hard for him to talk to some of them because most of them believe they are better.

“I don’t know how to begin to educate them. It’s difficult to teach them because a lot of them think they are better. I’ve gigged with a lot of people who are living fake lives and it is so sad.

"It’s pressure that the media has put on them. It needs to be shut down, because all those videos at airports and check in at Cannes and New York,  deep down they know they went to the bank to ask for a loan. It’s all really sad to be honest.”

Khaya said he wasn't interested in getting himself in debt to keep up with his peers. He said he wanted to have sustainable wealth and not fleeting riches.

He's currently working on a theatre show, is still acting as GC at Uzalo, has a radio gig lined-up and a music career that’s busy brewing. He told TshisaLIVE he wanted the young people that look up to him to see that he works hard for all he has.

“I’m never going to be really comfortable with the whole fame thing. I met people who are like, 'wow you’ve made it and we wanna be like you.' But I’m nowhere close to where I want to be or where I’m supposed to be. There is pressure  because suddenly I'm a role model, but I got here through working hard and so that’s what I’ll continue to do."

'We won't drop him' - Mampintsha will still perform at show, says Tira

The ball is in her court. We can be behind her and say all the things but if she is not saying anything, all we do is in vain."
TshisaLIVE
4 years ago

'Every dog has its day' - AKA responds to YouTube sabotage

AKA won't let the his enemies win.
TshisaLIVE
4 years ago