Stoan Seate on reuniting with Thandiswa Mazwai for Bongo Maffin

The former lovers are in a "good space right now" 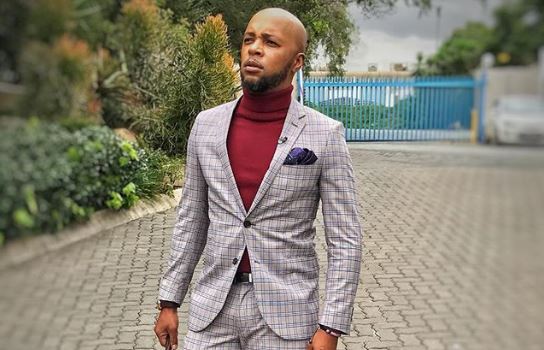 Stoan spills the tea on the mood inside Bongo Maffin as they work on their comeback.
Image: Via Stoan's Instagram

Musician and TV personality Stoan Seate says that he and his baby mama Thandiswa Mazwai are in "a good space" as they work together on a massive Bongo Maffin return.

The couple, who both shot into the spotlight as members of the 90s kwaito group, have a daughter together and their relationship went through major strain in the past.

But they had to smoke the peace pipe when Bongo Maffin decided to give this music thing another shot, and Stoan told Cliff Central's Gareth Cliff that things had gotten a lot better between the two.

"We are in a good space right now. This space had really calmed down. The level of co-operation has increased and it's been good for everyone. It been good for the business, for the music, for us personally, and it has been good for our daughter," he said.

He said that Thandiswa's partner also played big part in mediating between them.

"Right now her partner is also a good mediator between us. She has been really supportive and helpful in raising (Stoan and Thandiswa's daughter) Malaika."

Cos why not make a silly face😜 the 17th bday that was.

It's definitely worlds apart from the bitter fights between the two that seemed to find its way online in the form of subtweets about absent fathers.

Putting that matter behind them. Stoan and Thandiswa have spent a lot of time over the last few months recording for Bongo Maffin's comeback album, due later this month.

Speaking to TshisaLIVE, the group's former mentor and label boss Oskido said there was no bad blood in the group.

"They were just taking a break and they are back together now. There is no bad blood and no tension in the group. We just decided that now was the right time to get them back together and record a project. Many groups take a break, it is normal, but we are just grateful that they have come back together again."

Meanwhile, when asked if there was tension in the group, frontwoman Thandiswa Mazwai said anyone with questions should go to her show.

WATCH | Bongo Maffin return- but do they still have it?

Are you glad they are back or are should they have stayed in the 90s?
TshisaLIVE
3 years ago

Dj and music mogul Oskido has seen it all in his nearly three decades in the music industry, mentoring some of the biggest names in SA music, and ...
TshisaLIVE
3 years ago

Bongo Maffin 'in talks' to reunite

12 years after calling it quits, multi award-winning kwaito group Bongo Maffin are in talks to make a return to music, Kalawa Jazmee boss Oskido has ...
TshisaLIVE
4 years ago