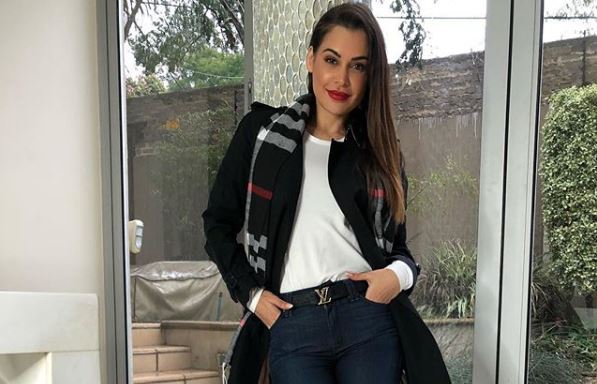 Shashi Naidoo says she has pretty much lost all her endorsement deals since making comments labelling Gaza a "sh*thole".
Image: Via Shashi Naidoo's Instagram

Model and TV personality Shashi Naidoo claims she's "pretty much lost all" her brand endorsements, after she sparked outrage over the weekend by referring to Gaza as a "sh*thole."

Shashi came under fire after she took to social media to debate the unrest between Israel and Palestine. In a series of posts she called Gaza a "sh*thole" and came across as being pro-Israeli. She also bashed Gaza for apparently not using aid and resources in helping its population but pursuing an "ambition to annihilate Israel".

She later deleted the comments and apologised, claiming she had simply copied and pasted comments sent to her from a friend, in an attempt to look smart.

While brands such as Glampalm Africa, horse racing company Gold Circle and designer Adila Dhorat have all publicly distanced themselves from the star since the outcry, Shashi told a press conference in Johannesburg on Wednesday that she had lost almost all of her endorsement deals.

"In terms of personal brand endorsements, yes, I have pretty much lost all my endorsements but I think it was necessary and perhaps it will give me more time to focus on other things," she said.

She said that she was not surprised by the decisions taken by the brands but said she would not be "left destitute" by it, as she was involved in other business ventures.

"I have been thinking about that. I don't blame... I understand completely that I have to be held accountable for my actions. So, brands choosing at this point to disassociate themselves from me, I don't bear any animosity, I understand it completely."

Losing endorsement deals as a consequence of her controversial post‚ she added‚ was not her greatest concern right now.

"I am going to use my voice to learn more and help others who have been ignorant about the situation."

The star broke down in tears when asked if she had forgiven herself for the comments made. She then said forgiving herself was a "work in progress."

The star is heading to Gaza to educate herself about issues in the area.
TshisaLIVE
3 years ago

BDS called the conference after Shashi apparently reached out to them to meet and discuss the issues around her comments.
TshisaLIVE
3 years ago