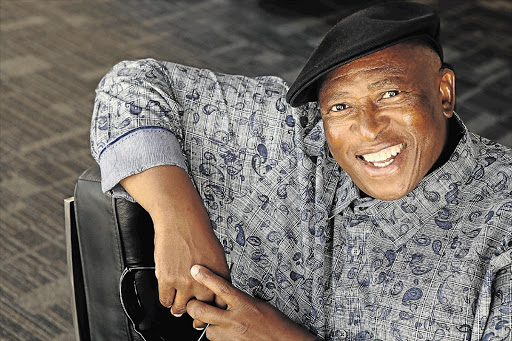 Zakes Mda says that he won't use a Black Coffee song in his upcoming film because of his show in Israel earlier this year.
Image: Supplied

In the ideal world, Zakes Mda would have picked up the phone and called Black Coffee to use one of his songs in a film he is making, but the celebrated SA author says he won't include the DJ because of his performance in Israel earlier this year.

Zakes, who has previously turned down opportunities to attend book fairs in Israel, made the revelation in a series of social media posts this past weekend, adding that he was now forced to look elsewhere for a musician to collaborate with.

There are some great Black Coffee sounds that would be ideal for one of the films I’m involved in making. But now, damn, there’s this Israel thing! I guess I have to search for some other music though it won’t be as apt for the scene as his.

Repeated attempts by TshisaLIVE to get comment from Black Coffee or his management  were unsuccessful at the time of publishing this article.

Zakes' comment started a fierce debate on social media with many dragging the veteran over the coals for what they labelled as "petty" behaviour.

Responding to critics, Zakes said that Black Coffee was entitled to his opinions but he was "also entitled not to taint my film and subject it to boycotts by progressives the world over".

He went on to admit that it was a political decision based on the possible reaction to using Black Coffee's music in the film, and claimed his family did not use products from Israel.

You’re correct about the crossfire. A movie is big investment. You don’t make stupid decisions that will jeopardize its, at the very least, breaking even. You have the right to make a business decision to use music of an untainted dj. For me it is also a political decision https://t.co/ryv6W9XO7L

Unlike you I don’t demean one of the greatest DJs in the world by calling him a “low lying fruit.” In fact I lament the fact that we cannot use the particular great music because my producers (& I agree with them) want to protect their product https://t.co/ZTQudiLxLx

And I do apply that principle throughout. Some years back I turned down an invitation to a book fair in Israel. My family, especially my wife and kids, are very strict about not buying Israeli products. Moreso now than ever before

Speaking to IOL recently about the controversial gig in Israel earlier this year, Black Coffee said the show was not meant to be political but helped with his global reach.

"I think in my career, it was my third time playing there. The first two times were in a small club called The Block. This year was the first Black Coffee Show and it was in a park. We had 6,500 people - it was sold out. This is why when I came back, for me, it wasn’t anything political. It was big for me as an artist to have this reach in a different country.”

Black Coffee first responded to the outcry at the time, telling his haters that he was "not a political party" and was only trying to feed his family.