Da L.E.S gets candid on inspiring young guns & his bromance with AKA 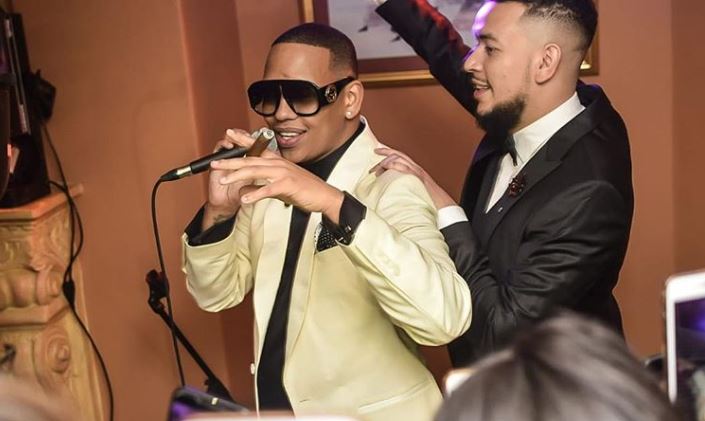 Da L.E.S and AKA have been buddies for years.
Image: Via Da L.E.S's Instagram

Rapper Da L.E.S has BEEN dominating the local music and party scene for years with his hits, annual All-White Party and is hoping to unearth Mzansi's next big talent with his latest gig.

The Fire hitmaker was recently announced as a co-host of the Bacardi House Party Sessions, which pits up-and-coming artists with established stars to try to accelerate their careers.

Speaking to TshisaLIVE, L.E.S said the collaboration allowed him to "pass on the knowledge" he had gained in the industry while giving him a taste of what to expect from the young guns.

L.E.S even joked about adding them to the line-up of his next All-White Party.

This year's edition of the event was for the first time moved from L.E.S's house in Northern Johannesburg because of the bylaws.

"We had to move it because of the legal issues around it. It was getting too big and we needed a bigger space. We are already planning for next years show. We are excited to try some new things and see how it grows."

One person who will probs be on the lineup is his bestie AKA.

If you believe the social media whispers, you'd think the pair had fallen out over girls, money or jealousy. L.E.S laughs all these suggestions off.

"We are still really good! We went to a basketball game together. I think a lot of the speculation comes because we haven't done music together but that is not true. We have been recording a couple of tracks together but we have been working on our own projects but we'll drop it when it is the right time.

"We have both been in the industry long enough to worry about ourselves and not what people expect of our friendship."

AKA & Da L.E.S take their princesses on a date to the NBA Africa game

AKA and Da L.E.S take their little girls to the NBA Africa game.
TshisaLIVE
4 years ago

Most of us make assumptions about who we think rappers are based on their songs, social media and mainstream media but fans of Da L.E.S were left ...
TshisaLIVE
4 years ago