Twitter is not impressed with Rami Chuene after she shared a biblical thread, showing "men are trash". 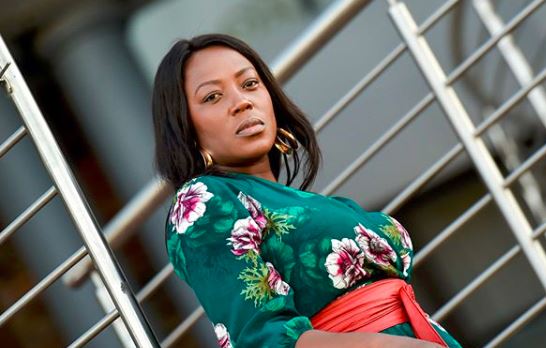 Rami Chuene sparked widespread anger amongst Christians on Twitter after she shared stories from the Bible, which she believed show that #MenAreTrash.

It's not the first time that Rami has landed in hot water with Christians. In the past Rami got tongues wagging after she quoted Bible scriptures as TGOM on The Queen.

However, Rami has never shied away from sharing her opinions on social media, even if they are interpreted as controversial by tweeps.

The actress took to Twitter on Monday night to share a story found in the book of judges in the Bible where a woman was subjected to horrifying treatment.

The woman in the scripture was offered by her husband and his friends to a rapist so that they would be spared. The woman eventually died and instead of a respectable funeral her body parts were cut and sent all over the country.

One of the many, yes they’re many, biblical reminders that #MenAreTrash A thread...

After negotiating, the wife agreed to go back with him. They got stranded along the way and had nowhere to spend the night. Some nice guy offered them a place to stay- dinner, drinks and all.

Mr Niceguy went to plead with them not to rape the Levite. He told them that there was Levite’s wife, also he had a daughter that was a virgin and was prepared to let the men take the women, rape them and do whatever they wanted with them as long as they don’t hurt the Levite.

That’s when the Levite stood up, grabbed his wife, pushed her outside and offered her to the men. The men took the Levite’s wife, raped and abused her all night until she was too weak.

She somehow managed to crawl back to the house cos when they woke up they found her outside the door. The Levite told her to get up so they go home but she had gotten too weak and was dead.

Then on Tuesday morning Rami went on to tell the story of Jezebel.

Jezebel is a woman, who is described as "morally unrestrained woman" and was the daughter of a king and a queen. However, she was killed mercilessly by men.

Rami told the story of how she was killed and how the whole story pointed to the essence of #MenAreTrash.

Do you know the story of the beautiful Jezebel? The powerful Queen Mother, the alpha female of Israel. A thread...

2 Kings chapter 9 tells us that Jehu, who was on a warpath, entered Queen Jezebel’s territory. She heard he was coming and waited for him, looking down from the balcony of her palace.

Jehu then shouted, ‘Is anyone on my side?’ There were three eunuchs there with Jezebel. In case you don’t know what a eunuch is, let me explain.

The eunuchs grabbed Jezebel and threw her down. She hit the floor and some of her blood spattered the walls. She lay there in the street, still alive but got trampled to death by chariots of horses while Jehu went into the palace to eat and drink.

Speaking to TshisaLIVE Rami declined to comment further on the fiasco. She said it's just part of conversations sparked during women's month and that she can't help what other people do with the information.

And just in case you think Rami is going to choke on her words...

I said what I said! Now you want to discuss context because it’s the Bible? Are you saying it didn’t happen? Is the Bible lying? I quoted the scripture! You can discuss for 100 points. pic.twitter.com/czSNJtKJqI

Eyewitness Brian Dube is still struggling to come to terms that a woman made off with the weave.
TshisaLIVE
3 years ago