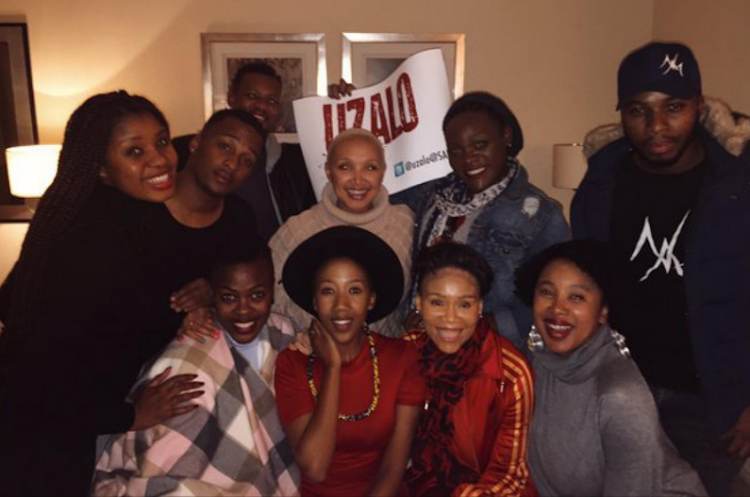 Uzalo cast members have returned to work after the SABC made a payment to production company Stained Glass Pictures.
Image: Twitter/ Uzalo

A week after cast and crew of popular SABC 1 soapie Uzalo downed tools after they were not paid, the show's creators have confirmed to TshisaLIVE that the show has resumed production.

In a statement last week production house Stained Glass Pictures explained that staff decided to suspend their services after they weren't paid their salaries on August 25. They claimed that they were waiting for an outstanding payment from the cash-strapped SABC.

However, the production house confirmed to TshisaLIVE that after a meeting with staff and crew late last week, the matter had been resolved and production resumed on Monday.

"We can confirm that SABC has made payment to Stained Glass Pictures and that shooting has resumed," publicist Marang Setshwaelo said.

She would not comment on the amount paid to the production house.

The show made headlines last week when it was revealed that producers informed staff that the production company was waiting on outstanding payments from the SABC at the start of the August and were given the option to continue working or take immediate leave. The majority of the cast and crew decided to continue working, until payday came.

“As a company, we carried the costs of production for as long as we were able to, while waiting for the outstanding payments to be settled by the public broadcaster. Since we were unable to make payments on payday, the 25th of August, the staff have exercised their right to withhold services until they receive their August salaries,” executive producer of Stained Glass Pictures Pepsi Pokane said at the time.

Uzalo halts production- Twitter is split over the news

"SABC3 piggy-backed on this visit and therefore did not incur any costs," said the SABC.
TshisaLIVE
3 years ago