Ehhe Moya Wami is one of the biggest songs to come out of Mzansi in 2018. 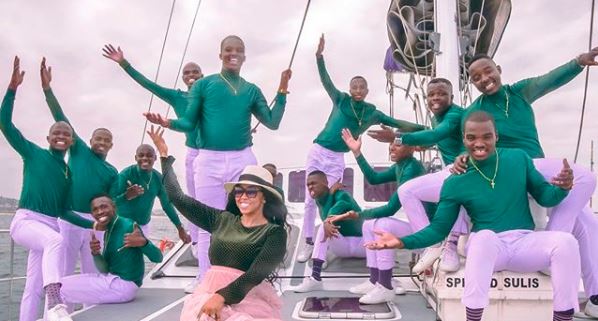 Ehhe Moya Wami has been making waves ever since it dropped and the music video is even more fire. The song is by a new gospel group Abathandwa, who are managed by Ayanda Ncwane.

It has been playing everywhere... we're talking radio, streaming apps and even Whatsapp statuses. Before it was even a fully fledged song it went viral because of the simplicity and LIT dance moves attached to it such as the gwara gwara and the Thuso Phala dance.

However, after keeping the masses waiting for some time Ayanda finally released the guys' visuals. The official music video was launched just before midnight on Thursday and it looks like it's going to be just as loved as the song is.

If you remember the national anthem status of songs like Nathi's Nomvula and Zahara's Loliwe, then you will notice a similar pattern happening with the acapella gospel song.

In a South Africa where Abathandwa are up against gqom and many other great music for them to stand out the way they have means they're doing something right.