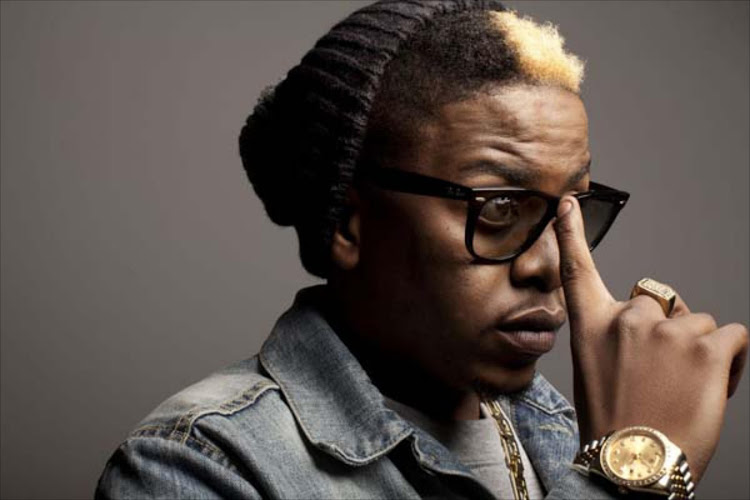 After taking the internet by storm with his Feel Good Sessions YouTube series, musician JR is gunning for TV glory as he puts the show on MTV Base.

The show's TV debut took place last week and trended on social media. And because many music fans may not have MTV money, he has decided to put each episode on YouTube just a short while after it has aired.

Speaking to TshisaLIVE recently JR said he was overwhelmed by the response to the sessions, which have featured some of the biggest musicians in Mzansi.

"We've had almost every big name in SA music on the show and had an incredible online reach but we needed to expand it. We've also partnered with Martell Cognac and want to expand our footprint to other parts of the African continent and include other African artists in time. We shared the same vision for music and so it was a natural partnership."

He said the decision to move to TV was motivated in part also by high data prices in Mzansi.

"We know the data crisis in South Africa means not everyone can watch the Feel Good Sessions but I think it's a start in reaching more people. The average video can be around 45 minutes and that chows upto 700mb. We had to consider all of that."

The Show Dem rapper even hinted at a playlist-like project where songs from the sessions will be able to be available to buy or stream on certain platforms, but said he could not spill too much until deals are signed.

He said that after mentoring and putting artists on as a music mogul for years, it was a "no brainer" to then move to broadcasting.

It's a bold step for the musician and businessman but he said that becoming a dad recently had filled him with a new-found energy and determination to cement his legacy in the industry.

Bout to do @afternoonexpress with my champ and Momma, so we decided to capture some moments while Mum is in Make-Up. Tune in 16:30 today

"Becoming a dad has had a big impact on me and my business. It means I have to dedicate a lot of time to my family, which I look forward to. It has focused me and helped me see something beyond myself. It is probably the best thing that has ever happened to me."

He paid tribute to his missus Tshepi Vundla and said she inspired him to be better every day.

"I have an amazing partner who sees me in a way that I sometimes don't see myself. She has been an anchor in my life and is always pushing me to reach my goals. When we one day get that (broadcasting) network or channel of my own, a big part of it will be because she is there supporting me and pushing me to work hard."

Rapper JR and his stylish bae Tshepi Vundla are counting down the days until the birth of their child and threw a massive babyshower this past ...
TshisaLIVE
3 years ago

Local musician JR is set to fly the South African flag high abroad when he jets off to the continent for a massive 11-country European tour to launch ...
TshisaLIVE
3 years ago

Here's why JR thinks it is time to let Ubuntu die...

Rapper JR refuses to mourn the loss of Ubuntu culture in South Africa, believing that the principle has prevented people from reaching greatness ...
TshisaLIVE
4 years ago
Next Article