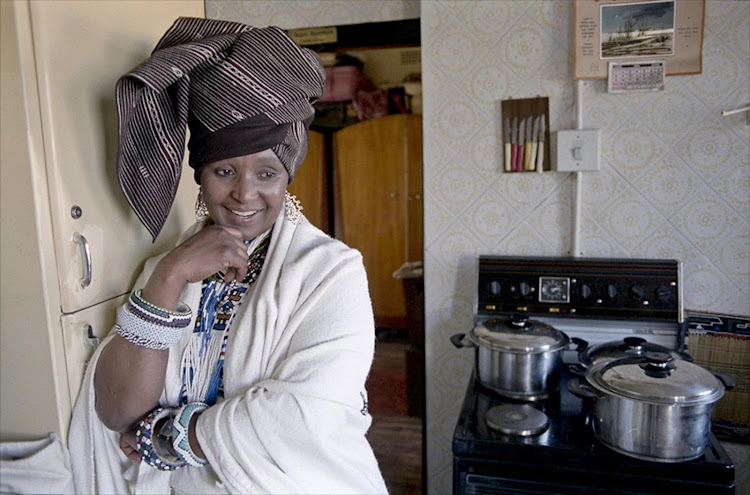 The City of Johannesburg has agreed on a proposal to rename William Nicol Drive in Johannesburg after Ma Winnie Madikizela-Mandela.
Image: THAMI NTULI

The internet was about as busy as daily peak hour traffic on William Nicol Drive on Wednesday after it was confirmed the popular Johannesburg road is set to be named after struggle stalwart Winnie Madikizela-Mandela.

According to TimesLIVE, Gauteng transport MEC Ismail Vadi confirmed the City of Joburg had passed a resolution to rename the busy road after Ma Winnie in an effort to promote national unity and an inclusive identity.

"We have noted that the City of Johannesburg had resolved last Thursday that William Nicol Drive be renamed Winnie Madikizela-Mandela Drive and the Emfuleni Council has recommended that the R82 be named in honour of Duma Nokwe. These recommendations will be processed by the Gauteng and National Geographic Names Councils for final decision-making," he said.

It is among eight to 10 roads set to be renamed across the province.

On Twitter, the council of "woke" opinions was in session and a raging debate over the decision has been taking place.

While it was generally agreed that Ma should be honoured, some thought it wasn't such a fresh idea to honour her with a road.

Here are some of the #Teams

I agree completely with the renaming of William Nicol to Winnie Madikizela Mandela. The renaming of this major road is long overdue. @HermanMashaba @Julius_S_Malema @CityofJoburgZA

I drive on William Nicol almost everyday when I’m in Jhb, and damn this sounds great!! https://t.co/n0yRBlycWt

Start with the airport...or another building

We want Cape Town International to be renamed to Winnie Madikizela-Mandela. They can change William Nicol afterwards

How about renaming SOWETO (Which is actually not name) to Winnie Madikizela? Mama loved the place. https://t.co/Wc9ZlEiZOb

Were we even consulted?

So these guys sat around a table with their big bellies and decided on renaming William Nicol drive to Winnie Mandela drive? No public consultations, nothing!?😩 pic.twitter.com/s1aXXiELjn

We can't disrespect her name like we do William Nicol

I wonder how it will feel like swearing on Winnie Mandela Drive wen stuck in traffic I guess it was ok with William Nicole since I don’t know him,but knowing Winnie how will I do that?🤷🏿‍♂️

William Nicol drive is a nightmare! Now Mama Winnie is gonna be dragged on Robots not working at Winnie Mandela Drive everyday. That's gonna make it sound like she was not important.

It won't ease the traffic

If you think traffic is bad on William Nicol now, just wait until its called Winnie Mandela! pic.twitter.com/WA9alQVYjr

Twitter gets in on the Redi vs Gigaba twar… Guess whose side they're on?

Twitter has picked sides in the Malusi Gigaba and Redi Tlhabi twar.
TshisaLIVE
2 years ago

Is the internet better without free Twitter? Here’s what the celebs have to say...