Tino Chinyani: Mental slavery will keep us from breaking out of the township 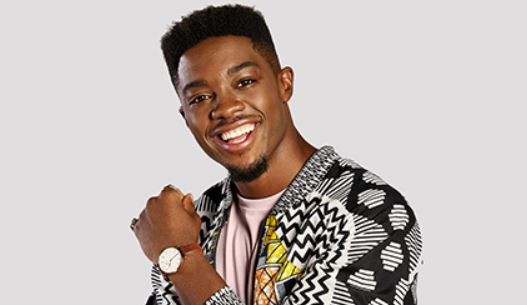 Tino Chinyani wants to be known for more than just his good looks.
Image: Supplied/ The Morning Show/ e.tv

Zimbabwean-born actor, model and TV personality Tino Chinyani has lived on both sides of the border and says the one striking thing he has observed about people living in the hood both here and in Zim is that so many are trapped in their circumstances because of mental slavery.

Tino has won over fans with his confidence and good looks but behind it all is a sharp mind that is all about preaching education to unlock people from the mental prison he claims they have put themselves in.

"Sometimes there is a mentality that you grow up with when you come from the township or impoverished areas that you can't leave. It is both here and in Zim and it's not only that you are disadvantaged economically but there is a mental aspect to it too. Some people have a lack of confidence that they can aspire to leave their circumstances."

He said that people did not feel that they could be better or get to a level they saw others on.

"It can even be as small as them thinking they cannot go to Sandton City because they cannot shop there and it is not for them. It is for white people and they could never go there because of where they came from. It disables them from living a better life and if you remove that mental cage, they will progress."

Tino believes the way to unlock the cage was by reading and learning as much about the world as possible.

"The solution is education. Education is where it all begins. We need to educate ourselves and each other. Education gives you confidence and sense of 'I know'. That makes it easier to believe and see beyond your current circumstances. It is being open to other experiences."

Tino moved to South Africa from Zimbabwe after high school and admitted that it was not an easy move when there were so much xenophobia and misconceptions around Zimbabweans.

"I have definitely been looked down or treated differently because I am not from SA. It is always the same thing: 'You don't talk Zimbabwean'. What do you mean by that? What do Zimbabweans talk like? There are so many stereotypes but it also gives you an opportunity to show that not all Zimbabweans are the same."

He said the conditions in Zimbabwe are not as bad as people may think and said it was about adapting.

"You just learn to survive and thrive in different circumstances based on what we have gone through."

The star wants to channel Zimbabwean style in a fashion range in the future and in a music career as a producer.

But for now he is focusing on his gig on e.tv's breakfast show The Morning Show.

Tino said the biggest lesson he's learnt is to be himself.

"I am loving my time on the show and I have learnt so much. It has been a great journey so far and I feel like we have got here because each one of us hosts are original. It is so important to be original. If you come into the industry wanting to be like someone else and it won't last. It is a big mistake for people coming into the industry. There are so many temptations, especially the attention you get. You need to know yourself."

"There has been a systematic eroding and a horrible removal of who we are from ourselves, in the name of all kinds of things including religion".
TshisaLIVE
3 years ago

Nomsa Buthelezi: Every township has a hero like Super Mama, maybe just without the cape!

Nomsa Buthelezi can't wait for Mzansi to see her in the upcoming superhero movie filmed in Alex.
TshisaLIVE
3 years ago

WATCH | Black Coffee: Everything you see on TV about Africa is BS!

"We are not the Africa that the world shows you today. We have grown."
TshisaLIVE
3 years ago