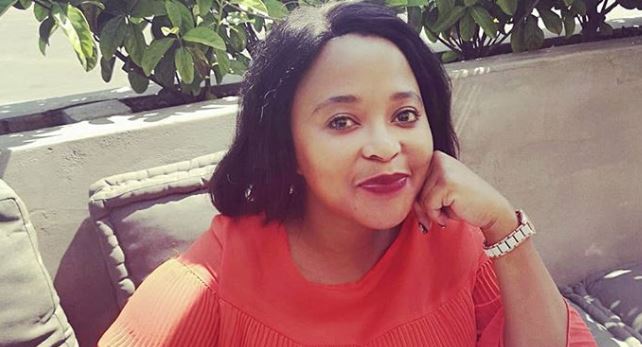 Pebetse Matlaila first cut her teeth in the entertainment industry as a radio presenter on Capricorn FM but after finding fame on Skeem Saam is preparing to launch a massive radio comeback, if only Metro FM would give her a call back.

But she never gave up on her radio career and joked that she's sent a demo to Metro FM every year.

"Radio chose me. It started when someone came to me and said they loved my voice and asked if they could train me into presenting. I have been putting my energy in Skeem Saam but I am not even ashamed to say, every year I send my demo's to Metro."

"She's dedicated the next year to finding a radio home and said she was confident it could be achieved.

"I really want to return to radio. I had the opportunity to work on Alex FM earlier this year but I am trying. I guess it will work out according to God's timing. At the rigth time I will go back."

Pebeste said she couldn't wait for her fans to hear her on a different platform, if only they could forget about Mokgadi.

"I think the biggest misconception is that Mokgadi and Pebetse are the same person. We couldn't be more different. I get into a different space when I play her. I mean I know that people says that she cries a lot and I'm only hired to cry but it is a skill I have had to learn and master. I want to be the best, not a one hit wonder."

Skeem Saam's Pebetse Matlaila: I fear for my child's life in SA, we need to protect them

Tweeps feel there's too much disrespect on these Skeem Saam streets!

These kids don't know how to talk to their elders!
TshisaLIVE
3 years ago

IN MEMES: Looks like Rachel needs that R8k love portion for Marothi!

Just how much will Rachel spend to make Marothi choose her?
TshisaLIVE
3 years ago