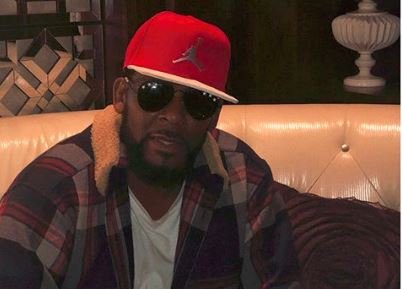 There has been a major backlash against R&B star R Kelly following the debut of the 'Surviving R Kelly' documentary series.
Image: Via Instagram

R Kelly has been at the centre of many conversations since the debut of Surviving R Kelly, based on decades-long allegations of sexual abuse against the R&B star.

The documentary series, produced by Dream Hampton, has been one of the most talked-about topics on social media since its debut on January 3, 2019. The documentary series features 50 interviews, including those with women who were allegedly sexually and physically abused by the singer.

Since then, R. Kelly has made more headlines, prompting reactions from fellow celebrities, including Jada Pinkett-Smith and Chance The Rapper.

Celebrity news website The Blast reported that R  Kelly’ streaming numbers increased by 16% on Spotify after the airing of the first episode of Surviving R Kelly. His numbers surged, despite public and social media campaigns to boycott his music.

According to news website The Daily Beast, sexual abuse hotline RAINN saw an increase of 27% in phone calls on the evening of January 3, following the first instalment of the docu-series.

Celebrities who feature in the documentary include John Legend, talk-show host Wendy Williams and singer Sparkle.

Legend said he was unapologetic about being featured in the series.

Actress Jada Pinkett-Smith took to Instagram to question why the singer’s streaming numbers had increased following the debut of Surviving R Kelly. “I really don’t wanna believe that its because black girls don’t matter enough, or is that the reason?” she said.

How is it that R Kelly's music sales have spiked (substantially) since the release of the docuseries Surviving R Kelly? I need some help in understanding. What am I missing???

During an interview in May 2018, the musician received backlash after a video emerged of him saying he had ignored R Kelly’s accusers’ claims because they were black women. The Chicago rapper uploaded the full video of the interview, saying his comment was taken out of context.

Chance The Rapper went on to apologise for working with R Kelly.

A Facebook page discrediting R Kelly’s accusers was removed by the social media platform for violating community standards, according to Billboard.

John Legend said featuring in the R Kelly doccie was an "easy decision".
TshisaLIVE
3 years ago

The star cancelled R Kelly but got loads of backlash for her views.
TshisaLIVE
3 years ago

It seemed the momentum that had been building in the long standing attempt to #MuteRKelly has resulted in more people wanting to put his music on ...
TshisaLIVE
4 years ago

Finally! US celebs are waking up with #MuteRKelly after years of silence

US stars and coloured women are asking the world to wake up and #MuteRKelly.
TshisaLIVE
4 years ago