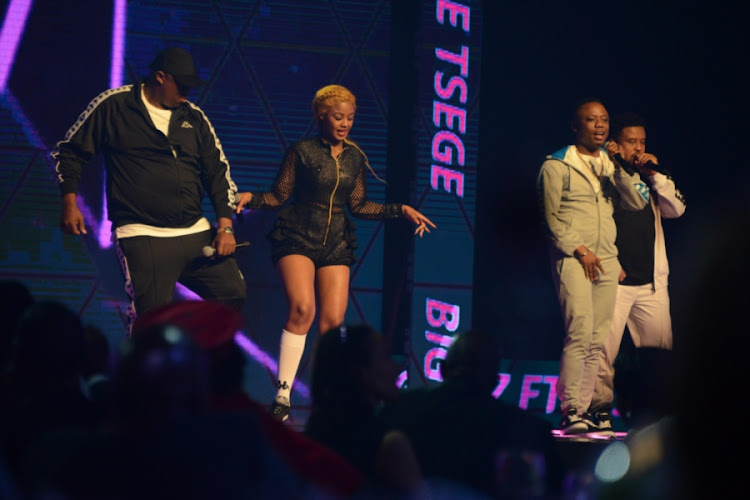 After being accused by Babes Wodumo's fans of being an enabler of the alleged abuse the Wololo hitmaker endured from Mampintsha, DJ Tira has opened up about the role he tried to play when the pair started dating and how he feels about where they are now.

Speaking to Drum magazine, DJ Tira revealed that Babes and Mampintsha always had a rocky relationship and that he initially tried to guide them.

"I tried to guide them and give them advice on how to treat each other, but it seems to have gotten worse. They love each other but unfortunately love is not enough for her and anyone else to stay in an abusive relationship."

Tira said even though Mampintsha was a close friend, he hoped that he got the punishment that was due to him.

"Mampintsha is a close friend but what he did wasn't right, and he needs to get whatever punishment is due to him," Tira said.

Tira was forced to release a statement last week in response to the widespread backlash he received after video footage of Mampintsha slapping Babes several times went viral.

Mampintsha has since been arrested on charges of assault and was released on R2,000 bail. He opened a counter case of assault against Babes.

Speaking to the media outside the Pinetown Magistrate's Court last week, Mampintsha admitted to slapping Babes but claimed she allegedly beat him too.

Tira condemned any form of women abuse and also distanced himself from the situation in his personal capacity.

"My heart is really sad for Babes Wodumo and no woman should have to go through this. For those of you who know me, you know that I have never, and would never, enable abuse," Tira said in the statement.

Gugu said she doesn't understand why her hubby is continuously dragged over the 'abuse' video that went viral.
TshisaLIVE
2 years ago

Tira's wife, Gugu Khathi, also came out in defence of her hubby who she felt didn't deserve to be dragged into the situation between Babes and Mampintsha.

Gugu said it wasn't fair that Tira was pulled into the situation.

"It truly hurts to see how the attention has shifted to DJ Tira," Gugu said.

'We are not victims but survivors,' Babes wrote on Instagram.
TshisaLIVE
2 years ago

Scoop Makhathini believes Babes should get her 'financial freedom' from Mampintsha

People are worried that Mampintsha will continue to benefit financially from Babes Wodumo's work.
TshisaLIVE
2 years ago

A second case of assault has been opened against gqom star Babes Wodumo.
TshisaLIVE
2 years ago

Musician Mandla “Mampintsha” Maphumulo has laid a charge of assault against his estranged girlfriend and fellow musician, Bongekile Simelane, better ...
TshisaLIVE
2 years ago