Janez Vermeiren gets backlash after calling out white privilege

"It's pretty simple. No matter how bad things are in the country at the moment, it's better than apartheid. Clearly a lot of white people don't understand this." 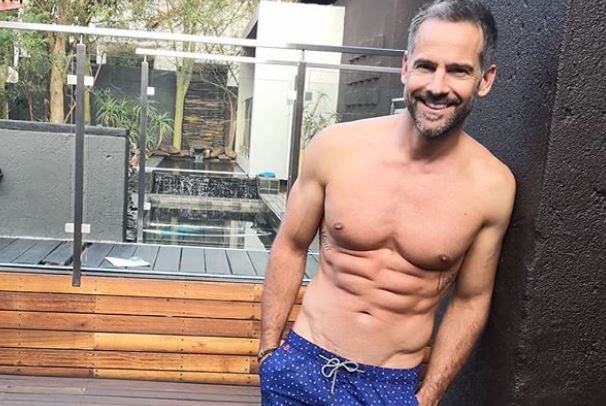 Janez got tongues wagging for his comments on racism and apartheid.
Image: Instagram/ Janez Vermeiren

TV host and media mogul Janez Vermeiren has sparked debate after slamming white people who use the phrase "back in the good old days", labelling it insulting to those who suffered under apartheid.

As part of anti-racism week, Janez took to Twitter to air his grievances about the expression, and said it was never okay to speak about our turbulent past "as something positive".

Can white people please stop using phrases like "back in the good old days". Imagine hearing a phrase like this if your family was oppressed by this racist system! I know we have crime & other issues but it's never OK to describe the past as something positive #AntiRacismWeek

On the 21st of March 1960 sixty-nine innocent people lost their lives in the Sharpville Massacre. My father taught me & we should teach our children about this dreadful day in history so that they can understand & hopefully never make the same mistakes again #antiracismweek

Janez's comments ruffled a few feathers and soon he had to defend himself.

He started by blocking those who criticised him, but made it clear that he was not happy with "white racists defending apartheid" on his timeline.

So many white racists defending Apartheid on my timeline. Sadly I can only block them, but punching them in the face would be so much more satisfying #SayNoToRacism

He suggested that his critics didn't understand that things were better now than under apartheid and touched on the topic of white privilege.

It's pretty simple. No matter how bad things are in the country at the moment, it's better than Apartheid. Clearly a lot of white people don't understand this. Probably the same ones that don't understand priveledge.

Yeah and back in the day the majority of South Africans were marginalized and forced to carry a pass and live in townships etc. How would u feel had that been your fate?

Things aren't great at the moment but way better than Apartheid

Janez's comments come in the wake of similar remarks made by musician Danny K.

In a series of tweets earlier this month, Danny claimed that "not enough white people call out racism when it rears its ugly head".

"Yes, it may be uncomfortable and, yes, you may be the singular unpopular opinion, but stand firm and have courage. We can no longer be silent," he told followers on Twitter.

He went on to claim that there was a "lack of empathy" among white people towards racism.

Speaking to TshisaLIVE after his comments went viral, Danny explained that he had come to acknowledge his privileges as a white person and said he wanted to use his experiences to teach others.

"You don't need to be woke to get that for the most part we have benefited from the marginalisation and exclusion of people of colour. Own your ...
TshisaLIVE
3 years ago

Danny's comments have the internet split.
TshisaLIVE
3 years ago

Danny won't let his critics get him down.
TshisaLIVE
3 years ago

Danny K shocked by buzz over his 'white privilege' tweet

Danny K has spoken out on the Twitter storm surrounding him.
TshisaLIVE
3 years ago