'I did it before Kanye, tho'- Cassper Nyovest defends floating stage idea

Rapper says he, not Kanye, influenced other artists 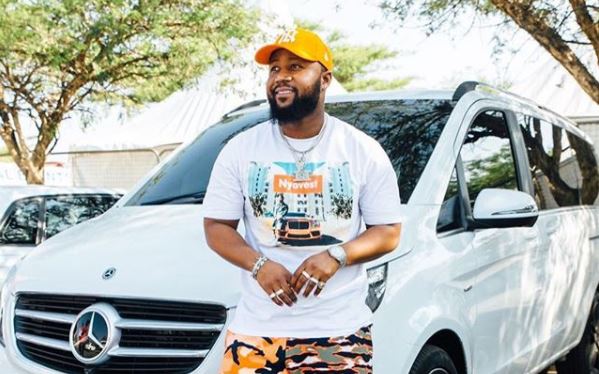 Cassper reminded the tweep that he did it first.
Image: Via Cassper Nyovest's Instagram

Rapper Cassper Nyovest has put a Twitter user in their place after they praised Kanye West's floating stage for inspiring several artists who had similar stage designs.

The heated debate over floating stages, which is almost as fierce as the debate around watermelon alcohol, kicked off again this weekend when Jaden Smith performed at Coachella on the top of a floating Tesla car.

While everyone was spazzing out at the idea, one user was falling over himself to praise Kanye as the god of floating stages, suggesting that other artists had got the blueprint from 'Ye.

Cassper wasn't impressed by being sidelined and gave the tweep an education, telling him to fire up Google and search his name.

Cassper has previously pointed out that he had a floating stage at his Fill Up the Dome show in 2015.

He was dragged into a debate about it a year later when Kanye said during an interview that peeps had been out here stealing his idea.

Cassper got touched by the claims and soon it sparked a fight between DJ Sbu and Charlamagne tha God, after Charlamagne referred to Cassper as "some rapper in Africa" when speaking about the dispute.

Fans were split over Cassper's latest tweet, with many congratulating him for standing up for himself.

Others couldn't let the moment pass without mocking Cass.

He's the 1st to drive a Bentley in SA pic.twitter.com/ts8i5PHOlw

He influenced Kanye 😅 though they won't admit it but let's be real, he did.

The comments here will show you how black South Africans admire Americans and hate one of their own. I don't care who says what Africa did it first we are proud of that... We also have the biggest series of hip-hop concert #FillUp pic.twitter.com/iGyKrOYQfI

"Tlee is a blessing in my life," said Cassper.
TshisaLIVE
4 years ago

‘Think before you answer’- Fans give Cassper advice on Charlamagne gig

It's only weeks until Cassper takes to the hot seat on US radio star Charlamagne tha God's super popular radio show and fans are rushing to give ...
TshisaLIVE
4 years ago

Cassper Nyovest will sit down with US hip-hop radio jock Charlamagne tha God for the first time since the radio personality accused Cassper of ...
TshisaLIVE
4 years ago