"I wouldn’t let those women spend another minute in the scorching sun while rich men were eating their nails, picking their noses and squeezing their pimples instead of donating some cash." 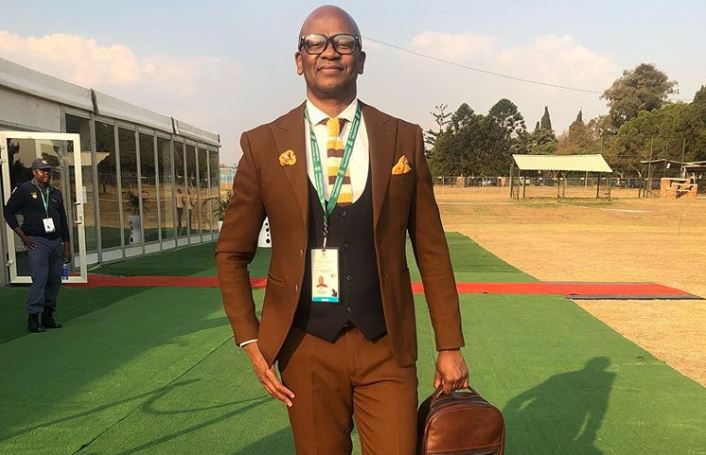 Businessman and the "people's blesser" Malcolm X was overcome with the spirit of Thuma Mina when he stood up and handed out R10,000 at the inauguration ceremony of President Cyril Ramaphosa over the weekend.

Malcolm had Twitter in meltdown mode when he made an appearance at the ceremony to give money to women lying on the grass as part of a traditional dance.

The dance saw several women lie down on the field at the inauguration until they were given money to rise.

According to Malcolm X, Ramaphosa made a special request that the dance be included in the inauguration ceremony.

Baleka Mbete honoured the request, and asked at the ceremony if anyone would be willing to donate for the women to rise.

Malcolm told TshisaLIVE that he offered after seeing that no one else was willing to help.

"No one volunteered to donate money to those women. So I raised my hand from the VIP stands, and loudly said, 'thuma mina (send me)!' Mrs Mbete invited me to the lawn, and further asked the director general (DG) to escort me to the women, and I did what I’m familiar with - donating R10,000."

He said he had wanted to donate another R10,000 to the dancing men who were part of the women’s group, but said their culture only requires money to be donated to the women who were laying on the ground.

Malcolm also slammed those who had not given, claiming they were "eating their nails, picking their noses and squeezing their pimples" while he went to work.

"I wouldn’t let those women spend another minute in the scorching sun while rich men were eating their nails, picking their noses and squeezing their pimples instead of donating some cash."

Malcolm found himself on the Twitter trends list for the gesture and said he has since received two invites, to Makhado and Thohoyandou in Venda, where similar dances will be held.

The businessman said people have already judged Elliot without knowing him and he didn't wanna be one of those.
TshisaLIVE
3 years ago

Malcolm X on 'ungrateful' students: I wish they would just say thank you

Malcolm X says no amount of 'ungratefulness' will stop him from helping out.
TshisaLIVE
3 years ago

Malcolm X on Moruti Gucci hate: I align myself with people you look down to

The People's Blesser took the man to lunch.
TshisaLIVE
3 years ago