'My bad!'- AKA accused of not keeping his promises to fans

When asked about it, the rapper said he would get on it 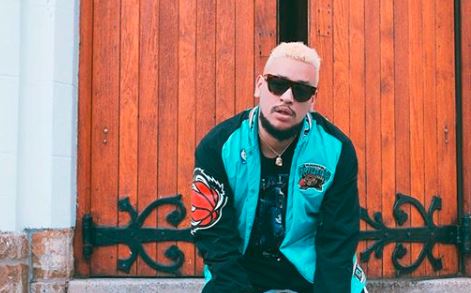 AKA said he would deliver.
Image: Instagram/AKA

While there's no doubt that the Megacy loves AKA and he gives that love right back, the star has been hit by claims that he's not following through on promises to help those in need.

The rapper has made several promises to fans over the years but one follower in particular was touched this week when he was promised a gift from the Mega but was kept waiting.

According to receipts posted, AKA applauded the follower for graduating and said he wanted to send him a box after the graduate posted snaps of himself with AKA's Cruz Vodka range.

Two months later, the follower took to Twitter to ask AKA about the box.

When it came across AKA's timeline he responded, apologising and saying he would get on it.

While that matter may have been resolved, it opened old wounds for another follower who claimed the Mega didn't call him when he promised to give sanitary pads for a good cause.

Unfortunately, AKA did not respond to these claims.

Please do. I'm still touched by the broken promise to call me so I can come get sanitary pad boxes for my #RealPads4Change charity campaign. Got ignored since then. Please keep your promises, king - had a sour heart for years over that small thing. It meant the WORLD to me.

Cassper Nyovest: That guy swore at my mom, I'll never ever get over that sh*t

As far as Cassper sees it, him and AKA are done for life!
TshisaLIVE
3 years ago

AKA is drinking water and minding his own business.
TshisaLIVE
3 years ago

Malcolm X did not take comments about his bae being 'too young' lying down.
TshisaLIVE
3 years ago