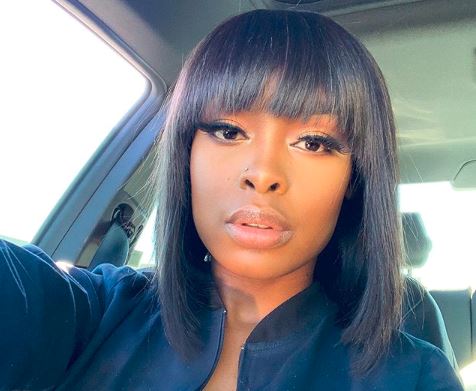 K Naomi got major backlash on social media after she tweeted about her dislike of bipolar people.
Image: Instagram/K Naomi

Naomi, who has shared that she's suffered from depression in the past, randomly took to Twitter on Tuesday night to talk about how she "hates" bipolar people and their ever-changing vibes.

"I hate bipolar people... You can’t always switch up, choose your vibes and be about them," she wrote.

I hate bipolar people...
You can’t always switch up, choose your vibes and be about them 🙏🏽

Tweeps expressed their disgust at the seemingly ignorant tweet and went on to slam Naomi and even reminded her that nobody said they hate her "vibes" when she openly shared her depression journey in 2018.

Naomi revealed at the time she was seeing a psychologist and depending on her family's support to deal with minor depression.

"So... This year I’ve been suffering from minor depression. As small as it may seem I hit rock bottom and felt like I couldn’t handle or wasn’t in control of my life. With the help of family and a psychologist, I’ve been pushing through. Thought I’d share," she said.

Tweeps, including celebrities like Florence Masebe and Thando Thabethe, couldn't believe that Naomi could be so "reckless" in her tweet about bipolar disorder.

"I'm speechless," said Florence before she apologised to a tweep who seemed hurt by K Naomi's tweet. "Sorry. Those who know the journey understand the seriousness of the illness," Florence said.

Maybe K Naomi is one of those people who use the word Bipolar loosely because she doesn't really understand what it means, I think I want to believe that, otherwise imbi pic.twitter.com/s1uHZzRgfq

Hmmmmm that’s was so insensitive of her to say but hey her phone her rules who are we to tell Her what’s not to do and what’s to do K Naomi 😏😏😏 pic.twitter.com/coroy8y1l5

K Naomi really trying to make mental illness sound like a choice when in fact that tweet sounds very side chickish. Being mad at 11ish cause someone changed their mind pic.twitter.com/N68mfuVqiI

I thought y’all cancelled K Naomi aeons ago when she displayed her lack of (emotional) intelligence? 🤔 pic.twitter.com/sTn2zoMfDT

This was meant for K Naomi pic.twitter.com/vTREoyiHEQ

black twitter to K Naomi in the morning pic.twitter.com/HkjoqQu4uD