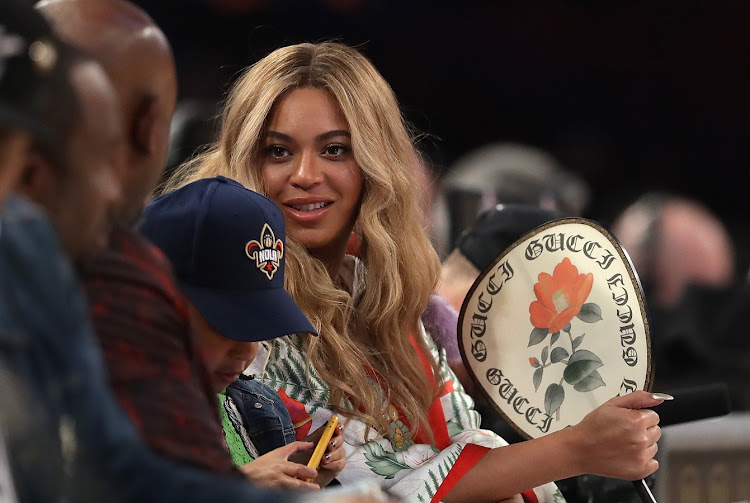 Beyoncé stars in the 2019 remake of 'The Lion King'.
Image: Ronald Martinez/Getty Images

In the frenzy that has taken over social media after tickets for The Lion King went on sale, it has been revealed that Queen Beyoncé has collaborated with Mzansi's Lebo M on a surprise track for the film.

The film, which also features SA veteran actor John Kani, opens at local box offices in less than a month. The tracklist for the film was released this week and featured a track simply titled "TBA".

"Yeah, it [the track] doesn't replace anything. We have all the original songs, but there's a song that she performed and wrote in the spirit of the production along with working with Lebo M, who's part of it with Hans Zimmer," Jon told popular US entertainment publication Fandango.

He said that Lebo M and the rest of the team helped Bey make the track feel like an organic part of the new production.

"They were all collaborating with her and helping to bring this new piece of music into a film where there's already a very established musical personality to the piece. So it was nice to have them working with her to allow the new song to feel organically a part of the new production.

Meanwhile, both the film and Beyoncé have topped the local Twitter trends list for much of Tuesday night and Wednesday morning as fans discussed its release.

It probably wasn't helped when a TV trailer for the film, featuring the voices of Donald Glover as Simba and Beyoncé as Nala went viral online.

In the clip, the pair perform the iconic song Can You Feel the Love Tonight.

That was followed quickly by news that tickets for the movie have officially gone on sale on Disney's website.

A price of a 3D ticket at Ster Kinekor is from R83, while an Imax ticket will cost you R148. A 3D Cinema Prestige experience will cost you around R161 a ticket.

It is expected that cinemas will fill up as July 19 approaches and the Beyhive have already got into formation on social media, flooding timelines with love for their queen.

Cant wait for Beyonce new movie to come out. I think its called The Lion King 🤔

Actual future footage of me in the theater during The Lion King when I hear Beyoncé sing Can You Feel the Love Tonight pic.twitter.com/8bjmnkzpRC

Ok but Hans Zimmer and Beyonce will be featured in the Lion King, so imma push down every kids that come through my way pic.twitter.com/xekq0d8AJV

"It will bring no joy to the person you love so much if you spew hate in her name," Bey's team said to the Hive.
TshisaLIVE
1 year ago

With just over a month to go before the release of their live-action remake of 'The Lion King', Disney has shared a new trailer for the film ...
Lifestyle
1 year ago