Say what? J. Cole is having a 2nd baby, but we didn't even know about the first! 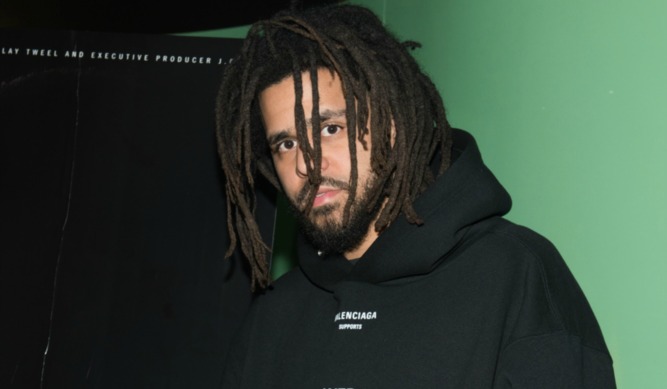 J. Cole is one of the biggest rappers in the world but as far as his private life is concerned, your guess is as good as ours because the rapper hardly ever shares anything on a public platform.

Some fans didn't even now that J. Cole had a child already, let alone a wife.

So you can imagine how shook they were when they found out he's expecting a second baby.

In true J. Cole style, he didn't even make a formal announcement, instead, he confirmed the news that he and his wife are having another baby in a song.

His fans had to give Sacrifices a proper listen because it was the lyrics of his single that actually spilled the beans.

"She gave me the gift of my son, and plus we got one on the way," J. Cole sings on Sacrifices.

Yhu! The Twitter streets were a mess when they finally put two and two together, here are some of the hilarious reactions.

J.Cole on “Sacrifices”
*I’m not crying, you are
+ he said he & his wife have another baby on the way, congratulations!
❤️🙌🏾✨

Me listening to Sacrifices. Congrats on baby #2 @JColeNC pic.twitter.com/k5cvyaKwZV

Finding out @JColeNC is having another baby on you while y’all are in a non existent delusional relationship... #ColeWorld 😂😂😂 pic.twitter.com/bnVJ5mMLaK

J Cole and his wife are having another baby and we haven’t even seen baby #1 yet. The man is doing this thang right pic.twitter.com/uUiEWelgul

So J Cole's wife is expecting a second baby when I don't even know the first one pic.twitter.com/83gumkVB3F

Lebo M has overcome a lot.
TshisaLIVE
2 years ago

Prince Kaybee takes on flexing SA celebs: No one cares about your money

Prince Kaybee says for fans, it's all about the music
TshisaLIVE
2 years ago