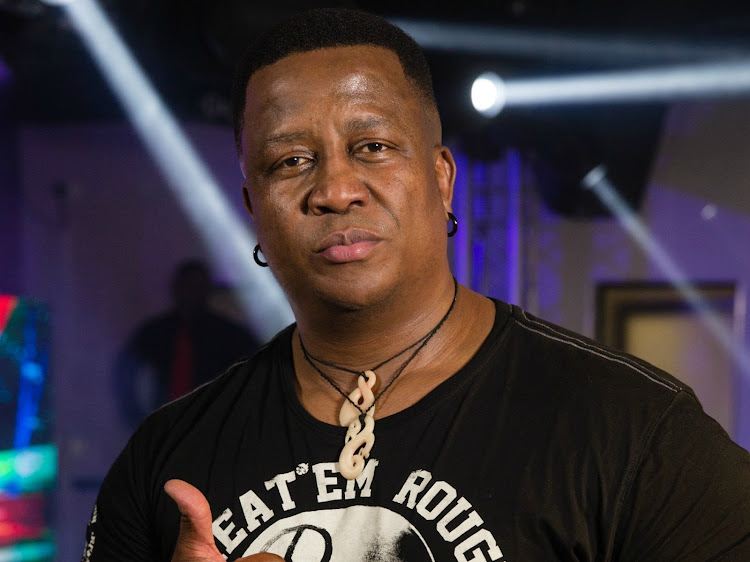 DJ Fresh has responded to claims that he has apparently refused to apologise for foul language on air that landed him in hot water with the BCCSA and saw him being yanked off radio for more than three weeks.

Fresh was taken off air after a complaint was lodged with the Broadcasting Commission of SA (BCCSA) alleging that Fresh used an adaption of the isiZulu swear word "msunery" in response to a listener on air.

In a separate incident he allegedly told another listener to "stop tweeting from his ar**".

SABC spokesperson Vuyo Mthembu confirmed to TshisaLIVE that the public broadcaster had been found guilty by the BCCSA for Fresh's offensive language and that Fresh had been told of the decision.

Sunday World reported over the weekend that after receiving a letter from the SABC telling him of their decision and his need to apologise on air, Fresh allegedly wrote back through his lawyers and refused. They added that Fresh's team had allegedly given the SABC an ultimatum that he be reinstated immediately.

DJ Fresh slammed the claims in a statement issued on Monday night and said he had offered an apology two weeks ago.

"Contrary to the disinformation being deliberately spread, I actually offered to apologise unreservedly... two weeks ago!"

Fresh said he had met with management at the SABC and made the offer to apologise.

"A scheduled meeting between Fresh and the SABC occurred when the two weeks lapsed and Fresh agreed to apologise unreservedly".

It claimed that the dispute came not from the apology but from the SABC's decision to keep him off air for an additional three weeks, with him losing out on much needed income during this time.

[STATEMENT] Contrary to the Disinformation being deliberately spread, I actually offered to apologize unreservedly.... TWO WEEKS AGO!! pic.twitter.com/ApVF0UUeOg

"Being booked off air for two weeks was punitive, no income for that duration was punishment enough. The additional three weeks off air feels purely punitive," the statement continued.

While the SABC told TshisaLIVE on Monday that they had requested for Fresh to return to work on July 15, the star said he was still unable to say when he would return.

"While I have had memorable moments on air, I have also had mishaps. I am passionate about what I do. While my choice of words have not always been correct, I speak from the heart and keep it authentic. I would like to be back on air but don't know when that will be."

Meanwhile, DJ Fresh visited the set of Newzroom Afrika on Tuesday, having been invited by host Sizwe Dhlomo.

Social media users flooded Twitter with memes and comments on his appearance.

Dj Fresh is back on screen not on Air #Levels🙏😭#FreshOn405 pic.twitter.com/7XgICEsSJ9

Yehake! I'm prepping and I hear this big voice on the telly reading the news and I stop what I'm doing! I don't see the voice but I know Sizwe is soft spoken! Boom DJ Fresh😂😂😂. Sexolisile?! #BreakingDawnOn405

I swear it feels so good hearing and seeing DJ Fresh now, exactly what my mornings have been missing on #FreshBreakfast @405Mornings @Newzroom405 #BreakingDawnOn405

Dj Fresh is busy kicking ass on tv in the morning, Metro fm can go and jump pic.twitter.com/cWnLNq8mK4

Will Fresh ever return to Metro FM?
TshisaLIVE
3 years ago

"When my gut said 'listen to Euphonik', all of two years ago, I should have! Now I must call him and say 'seems as if you were right'''
TshisaLIVE
3 years ago

Neither Metro FM nor Fresh are talking about it, but the signs aren't good.
TshisaLIVE
3 years ago