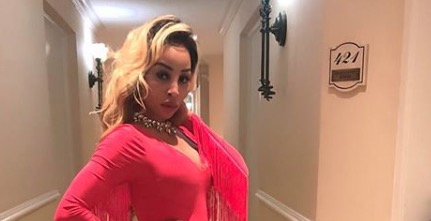 Khanyi Mbau says Bey's voicing of Nala was a big no.
Image: Khanyi Mbau via Instagram

SA actress Khanyi Mbau has added her voice to the flood of criticism over Beyoncé's role as Nala in the upcoming The Lion King film.

Beyoncé voices the lion in the live-action remake of the legendary film which hits cinemas next week.

The star came under fire from fans of the film after a clip of Nala speaking was shared online in a teaser for the film.

In the clip, Nala tells Simba that Scar "has taken over the pridelands... This isn’t the home I remember," she says.

Many felt that the producers should have masked Beyoncé's voice for the role, so that she doesn't distract fans, while others complained that she sounded nothing like Nala in the original film.

It’s like something is off here, maybe the lions look too real for voice overs And I know Nala is Beyoncé but it sounds very Beyoncé. It’s so distracting 🤣 pic.twitter.com/78ffne34Ap

Even Khanyi was taken aback by Bey's voice in the clip.

She took to Twitter to weigh in on the fierce debate that had erupted, to give Bey a big NO!

She added that Bey had "messed up the film".

The local Beyhive tried to come for Khanyi but there was also an army of fans who defended her and agreed that Bey should not have been given the role.

They argued that the real blame should have been on the directors, who knew what the star sounded like and should have given her a different part.

Meanwhile, Bey shut down the critics the best way she knows how: by making music and slaying on the red carpet.

She attended the premiere of the film in LA on Tuesday night, where she spent only a few minutes on the red carpet with her daughter Blue Ivy.

She also released a song inspired by the film, titled Spirit, off an upcoming album to be released next week.

John Kani is part of the cast but wasn't on the poster.
TshisaLIVE
2 years ago