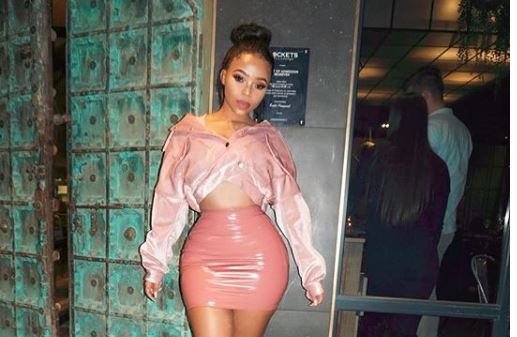 Faith, aka Twerk Queen, took Mzansi by surprise when she announced her interest in SA hip hop earlier this month.

On social media, she shared a video of herself rapping to a beat, surprising many with her flow and punchlines.

She received a lot of hate and side-eyes from social media, but a few celebs stanned with Faith's new venture and DJ Maphorisa gave her his full support.

It looks like Lord Porry, who's known for producing hits, believes in Faith and her talent.

However, some feel she needs a little more practice.

The dancer seems to be having a lot of “firsts” lately, among them becoming the first woman to have a reality show, Have Faith, on MTV Africa, which airs in 43 countries.

To see that twitter people are bitter people. Those Trolling Faith Nketsi for her new EP haven’t even listened to one song. Ya’ll are hurt souls lol smh

stick to twerking not rapping.

Esh I literally can’t even hear a thing she’s saying and I hate her rapping voice 😱🤭.. maybe there’s room for growth for her #FaithNketsi

Drop ur vodeo rapping her on Twitter before u can hit the studio bz we're still recovering from @_faith_nketsi EP pic.twitter.com/IB1KLAP49D

#FaithNketsi Rapping..Maybe She Could Use A Ghost Writer Nyana But I Think Her Singing Is Not Bad At All pic.twitter.com/Eg5wKYC8vU

#FaithNketsi not bad at all. I hope she doesn't get discouraged by the negative comments, she can be one of the best female rappers in SA with patience and practice

Honestly some people are meant to do certain things in life like for instance; Faith Nketsi should have stuck to whatever she was doing before some fool lied to her about ‘Rapping’ ! pic.twitter.com/FfuJoNj7k8

Y'all better get ready, Faith is about to blaze your TV screens
TshisaLIVE
2 years ago

Queen Twerk gave all the answers you've been looking for...
TshisaLIVE
4 years ago