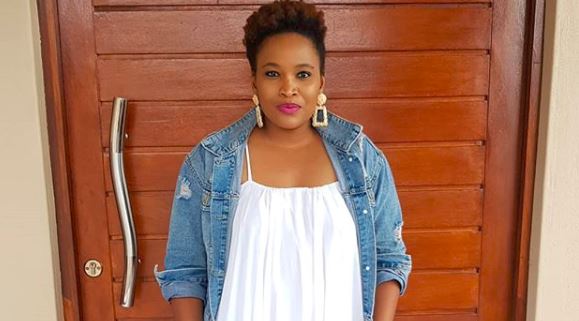 Ayanda Borotho is all about “straight talk”, and this time she's dropping wisdom to young women about marriage, saying it should not be the ultimate accomplishment in their lives.

The Isibaya actress believes marriage shouldn't make people feel "imprisoned", but should be more of a safe and liberating space in which people grow to be the best version of themselves.

Speaking to Move! magazine, Ayanda said: “What I know for sure is that marriage shouldn’t be bondage. Marriage should be a safe and liberating space where people grow to be their best version while honouring each other.”

The actress said too often marriage is what women aspire to, but once they get married they stop growing.

“The problem is that there are changes mentally and emotionally, and because you’re told that you’ve arrived, you suppress your growth.”

Just like her character on Isibaya, Phumelele MaDlamani, Ayanda has been on a journey of self-discovery.

She has shared many of the lessons she learnt while on her journey in her book Unbecoming to Become.

Me: Dear God. I have a question. God: Ask child. Me: If we are all made in Your image and likeness, does that mean you manifest as a superior God in man and as an inferior God in woman? God: Who told you this? Me: The world God. God: Do you believe them? Me: No but sometimes I don't know God because of how the world treats us. God: I see. Me: What should I do God? God: Find yourself. Me: Pardon me God. I don't understand. God: Find yourself. There where you find yourself , you will find Me and you will find your answer also. Extract from my upcoming book #UnbecomingToBecome Creative design / photography: @made2fly11 Styled by: @the_tuku_affair @boitumelo.ndaba MakeUp: @makeupbyzodwa

Ayanda previously shared on Instagram that playing Phumelele showed her how no-one was immune to systemic patriarchy in society.

“This character Phumelele taught me so much in the seven years of portraying her. None of us are immune to systemic patriarchy in our society. I drew many parallels from her and my own life when I wrote about the stage in every woman's life before marriage and when we are in the marriage.”

The actress said although patriarchy is seen in many women's lives, marriage should not be enslavement of any kind.

Ayanda Borotho: Preaching to the ego is destroying our people

"This preaching to the ego is destroying our people because we rub the ego and still leave 'church' with broken spirits."
TshisaLIVE
2 years ago

Ayanda Borotho on her journey back to self: ‘I hope you will pursue yourself above all else’

Women don't understand their worth because they have been raised to be submissive to men.
Lifestyle
2 years ago